The road is a dangerous place for animals, and even for humans if we are not careful enough. Animals being h.i.t by trucks are astonishingly common around the world; in fact, millions of animals d.i.e of this in America alone. Even though they get to survive, the people responsible for the injury won’t even pull over to check, and no one to help.
The puppy was hurt in a northern community of Alberta, Canada, and had b.r.o.k.e.n her pelvis. Unable to move and with temperatures below freezing, she didn’t have much hope of surviving. 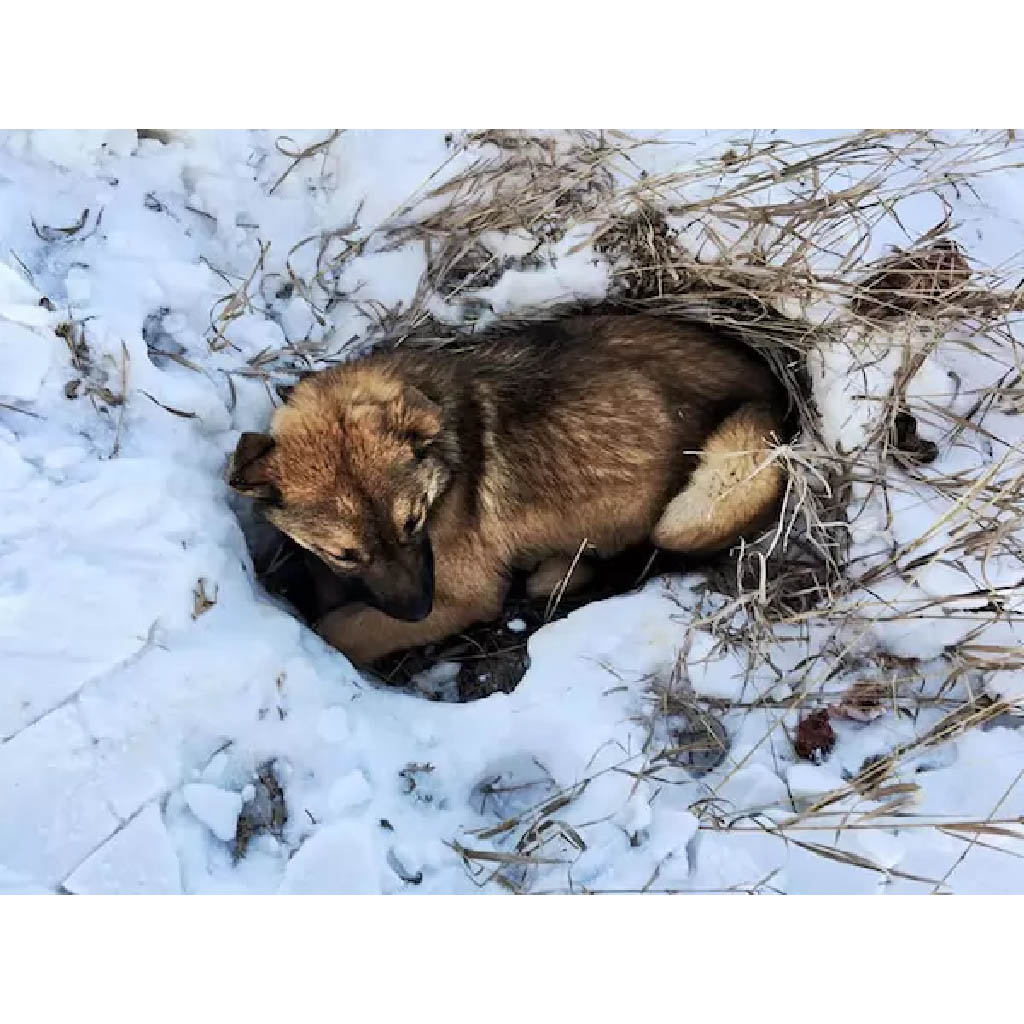 Fortunately, she was spotted by some teenagers and the animal rescue AB Task Force was notified, who in turn called the Alberta Animal Rescue Crew Society (AARCS).
“When we arrived we saw the dog had an open fracture. The teenager was aggressive and explained he wanted to test his strength.”
“She spent over 12 hours lying there alone and cold before rescuers found and rushed her to SAVE vet,” wrote AARCS. The snow below the puppy already melted because of her body heat.
The rescuers found the puppy, weak and cold in the snow. However, as the rescuers saw a slim chance of the pup surviving, they hurriedly carried her to their vehicle and then into the hospital.

It was great that they got the puppy out of the cold, and the doctors really worked hard to treat her injury on the pelvis. After the treatment, the puppy was cleaned up and was put on a comfortable crate so she could recover. The rescuers even gave her the name Nutmeg because of her rusty orange-colored fur. 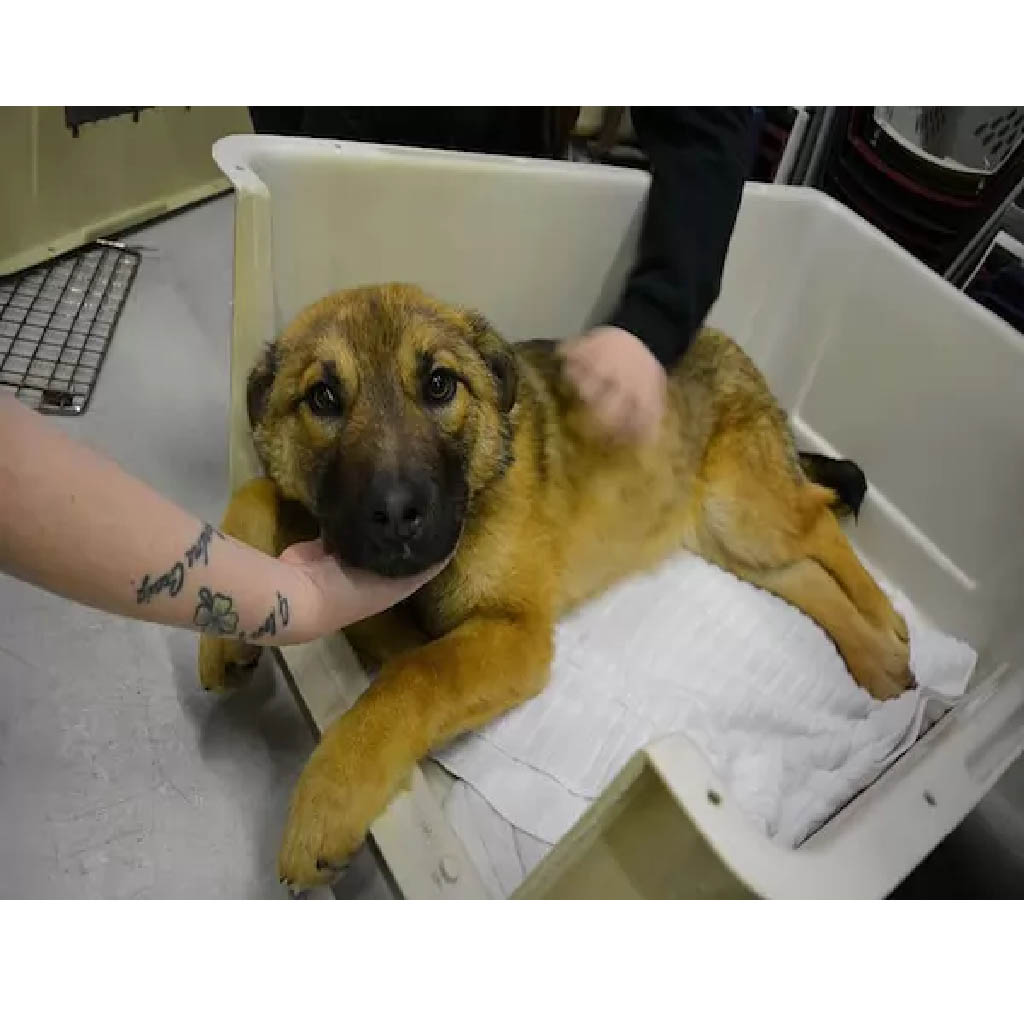 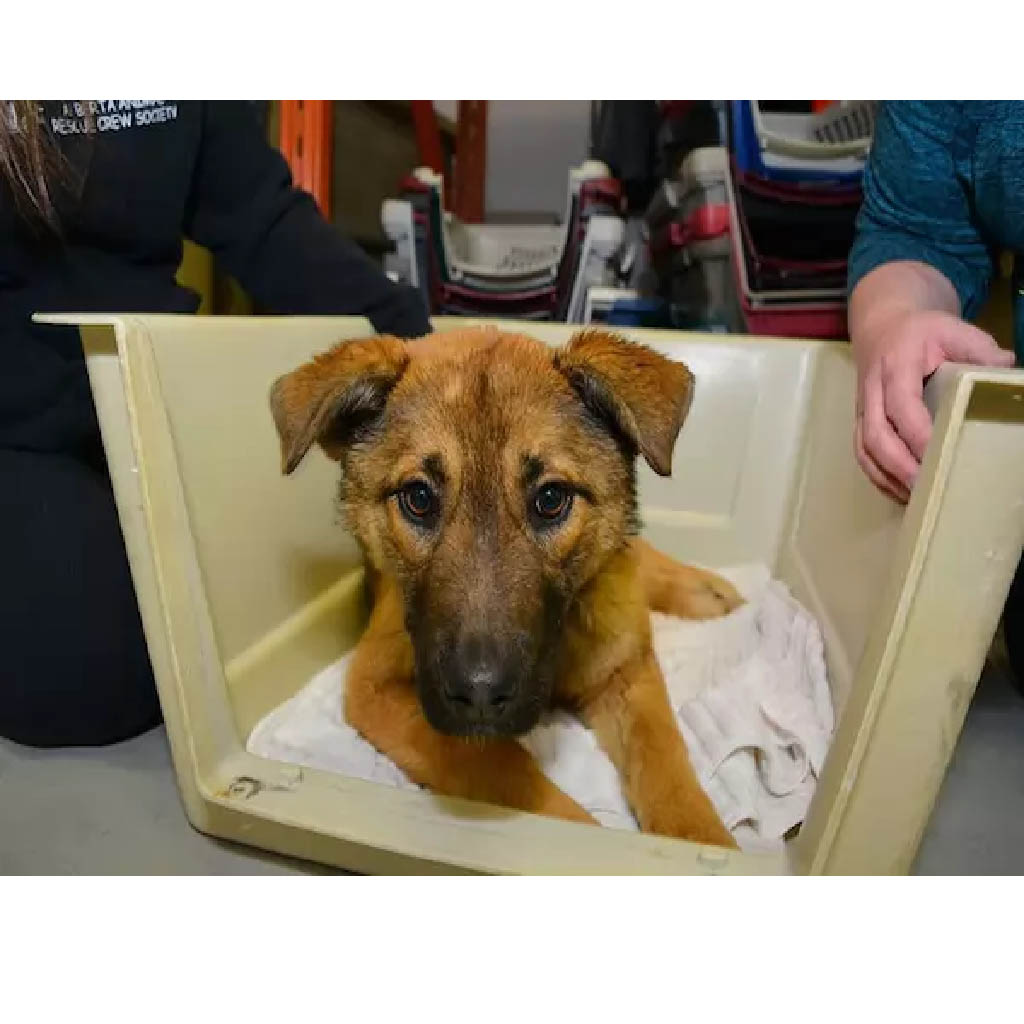 For six whole weeks, Nutmeg stayed in the crate but she was happy with all the yummy treats, attention, and loving affection that she was getting from everyone. Nutmeg does not hesitate to reciprocate her gratitude to her rescuers by giving them kisses while wagging her tail happily. ” So lots of treats, kisses, and happiness for this girl!” said AARCS. 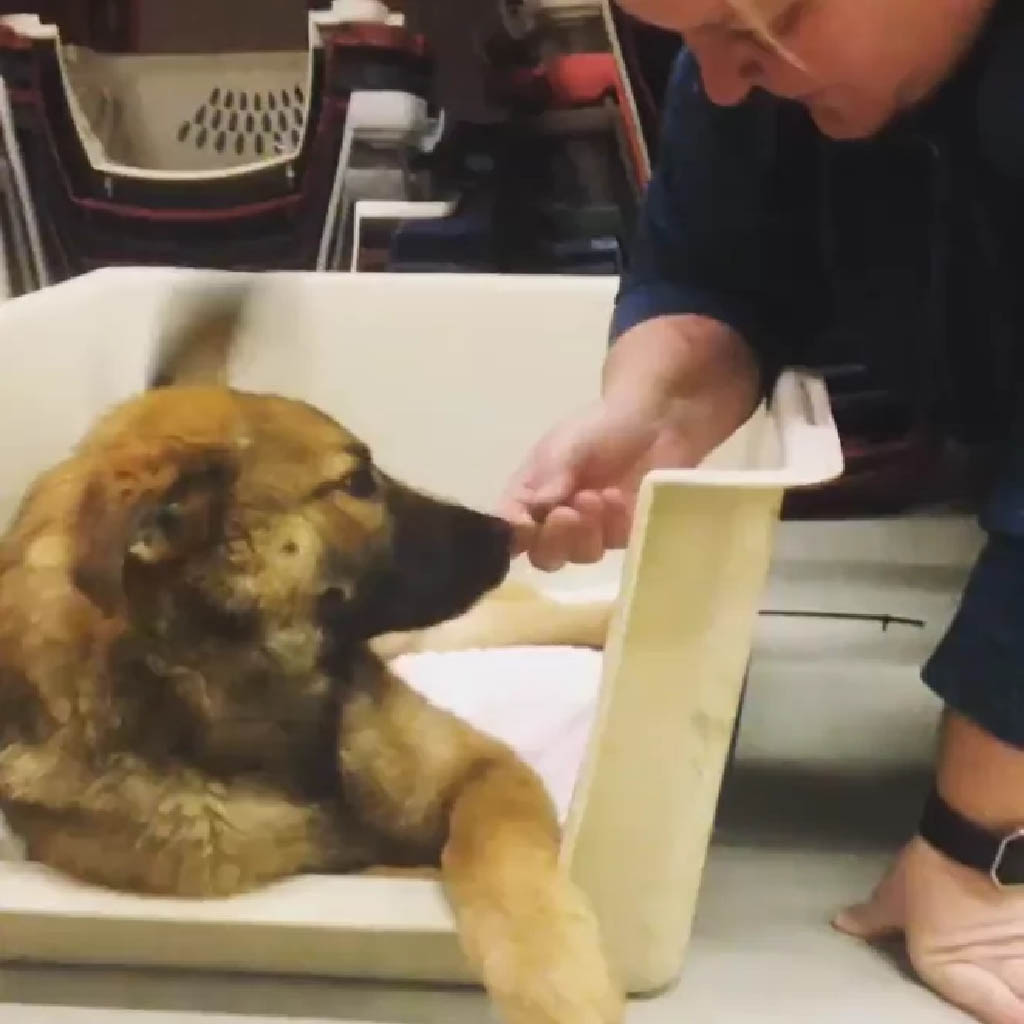 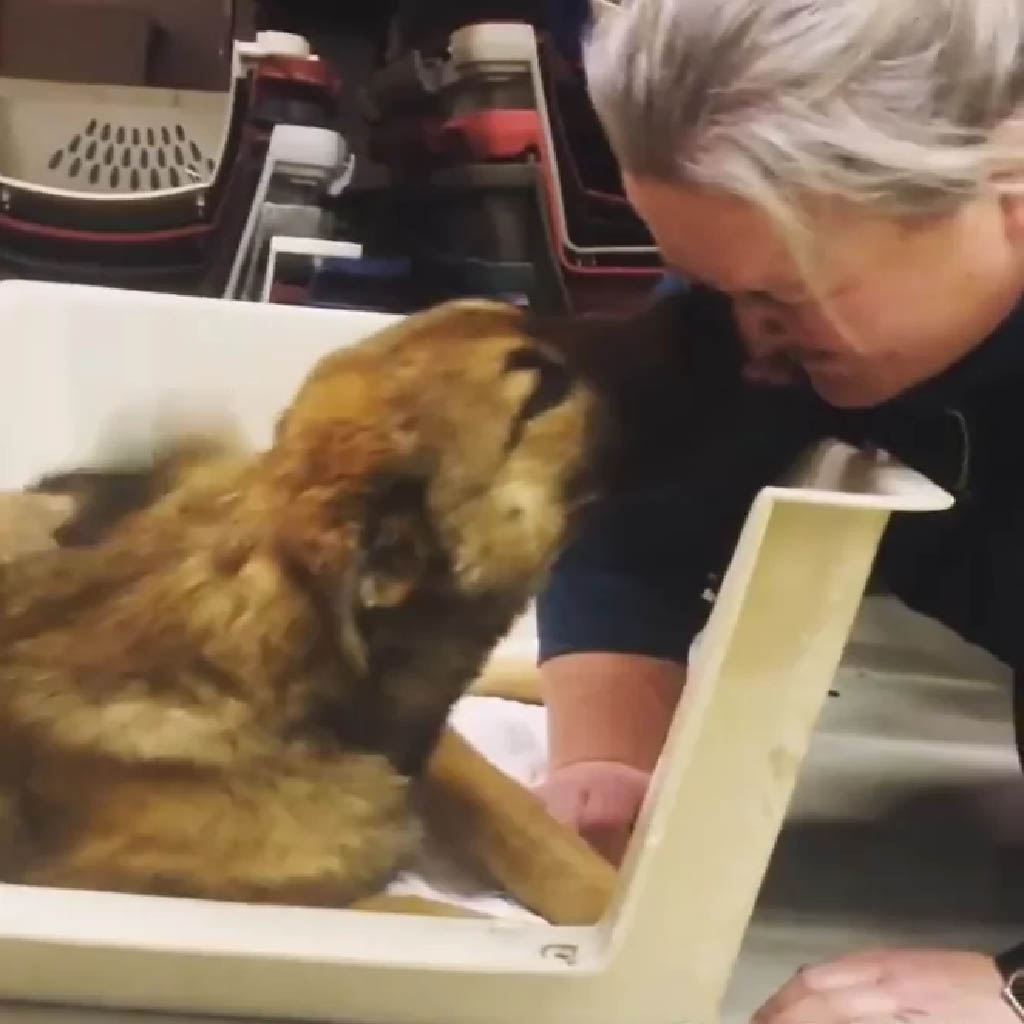 It seems that this home would be Nutmeg’s forever home along with her new loving family. It’s great that we know how to love and help animals. Thanks to the teenagers who found her, and the unyielding efforts from AARCS, these wonderful things were all made possible for her. If it were not for them, who knows if the pup would even survive in the cold for much longer.