A new shelter and an aggressive media strategy finally got Spike what he deserves. In 2016, a fire destroyed the home of Spike the pit bull’s family. Trying to pick up the pieces of their charmed lives, but with no place to keep him safe and happy, Spike’s family surrendered him to a shelter, hoping he could find a new, loving home. Nobody realized how long that would take.

“Spike is a very gentle soul,” Lori Caszatt, executive director of the Lake Humane Society tells Daily Paws. “He’s so sweet and he just wants to be loved.” 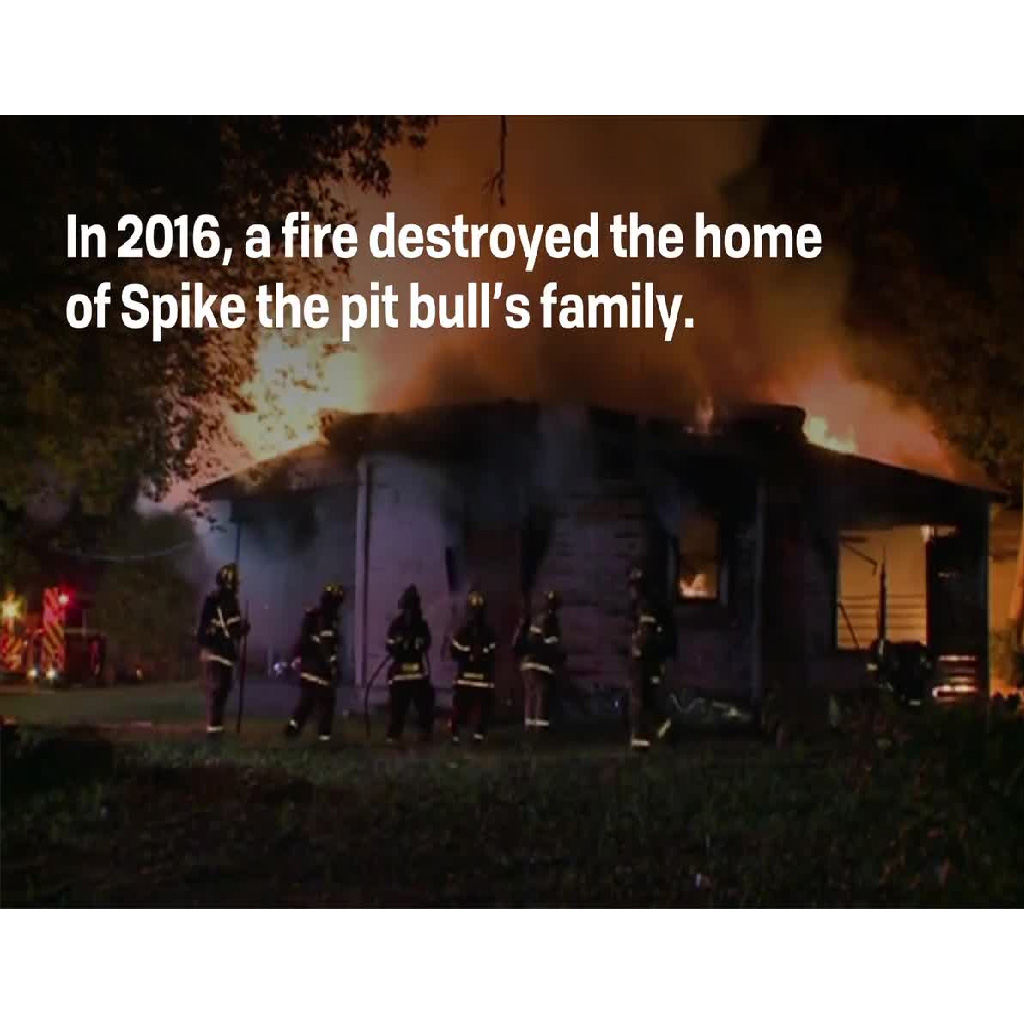 Finding homes for pit bulls can be daunting enough on its own. But for Spike, the situation was exacerbated by the anxiety he felt after the fire and subsequent surrender, which made him timid and slow to come out of his shell.

This month, after five years in the shelter, now-9-year old Spike was transferred to the Lake Humane Society in Mentor, Ohio. It was a move that proved to have immediate benefits for the sweet pitty with the huge heart. 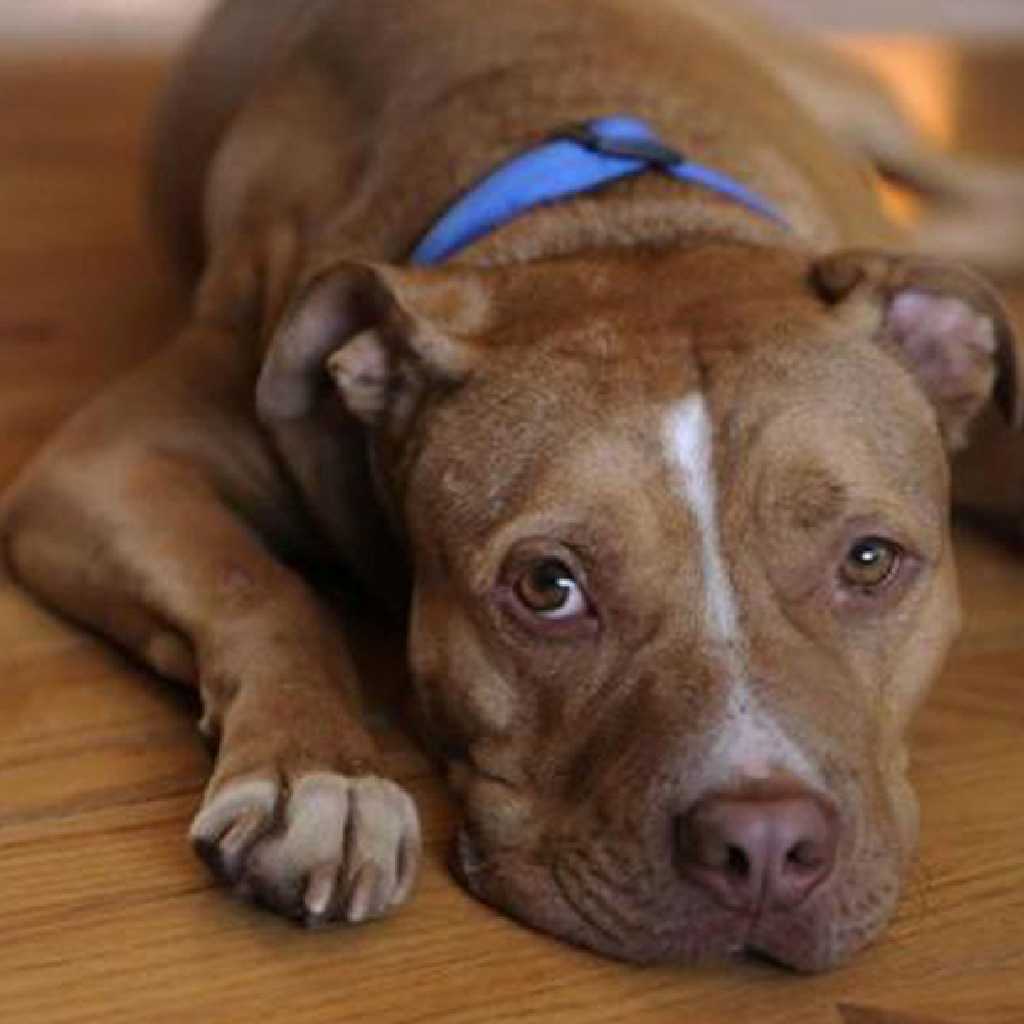 “If a lot of our dogs get adopted and we don’t have a waiting list of surrenders, we’ll start reaching out to other shelters to see if they need any help,” Caszatt explains. “We all thought that a fresh pair of eyes might be good for Spike.

Once he arrived at Lake, the shelter pulled out all the stops to get him a new home. He was featured on local news stations and across a flurry of social media posts in an effort to get him seen by as many people as possible. It was an approach that quickly paid off.
Much like Spike, Michael was also looking to fill a void in his life caused by the tragedy. Caszatt says that his previous dog, also a senior, had died suddenly on Christmas Eve. Missing the companionship and love of a fuzzy friend, his heart went out to the gentle pit he saw on the news. He reached out to Lake and just a few days later, Spike was his. It truly was love at first sight.

“The minute they met, Spike rolled over on his back and wanted belly rubs,” Caszatt says. 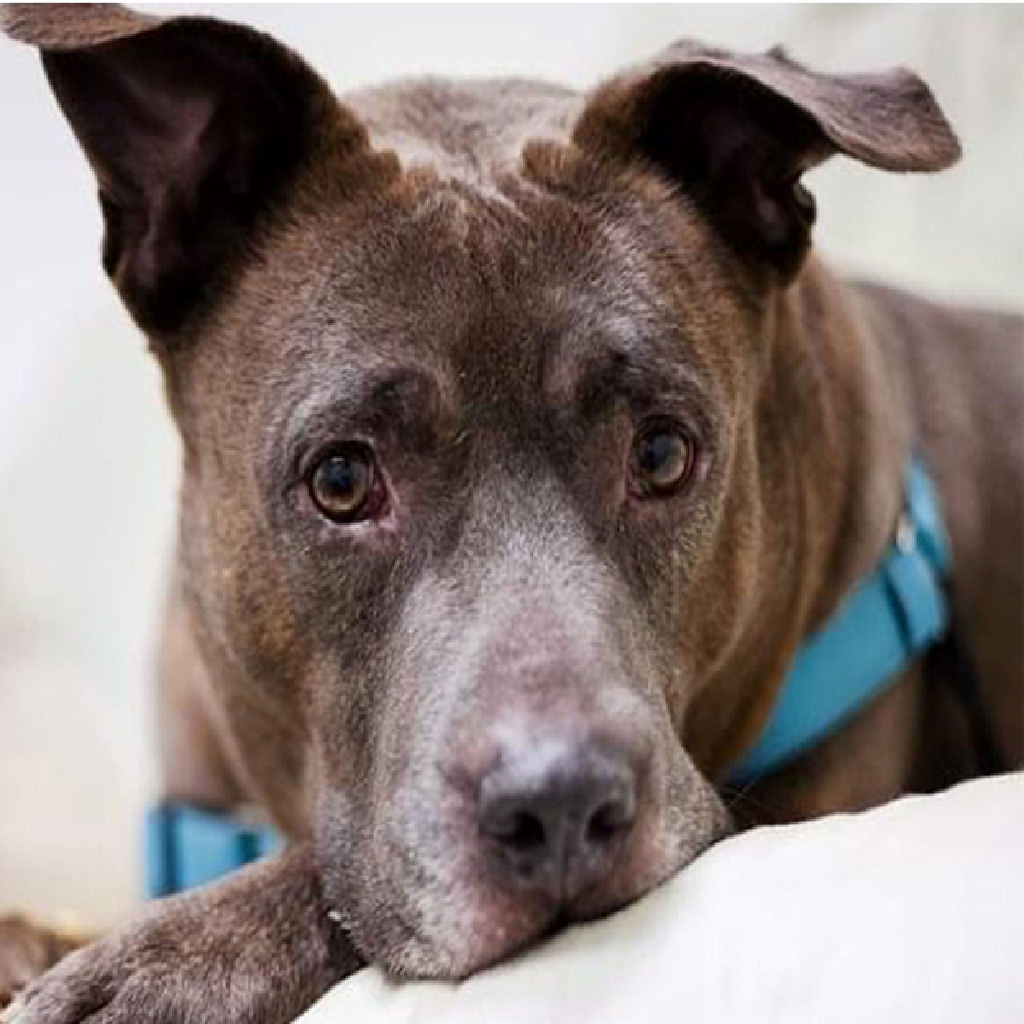 Before he went home, Spike was neutered and the staff at Lake took care of some dental issues the big fellow had, but they now say he’s a happy, healthy boy ready to start his new life in his forever home. Caszatt says the fast adoption of a dog who spent so long waiting for love is not only great news for Spike and Michael, but it’s also a huge morale boost to the good folks at Lake Humane Society.

“We were all so excited,” she says. “Not only that the media picked up Spike’s story, but also, he’s a senior dog. To get a senior pit bull adopted after six days? It’s incredible.” 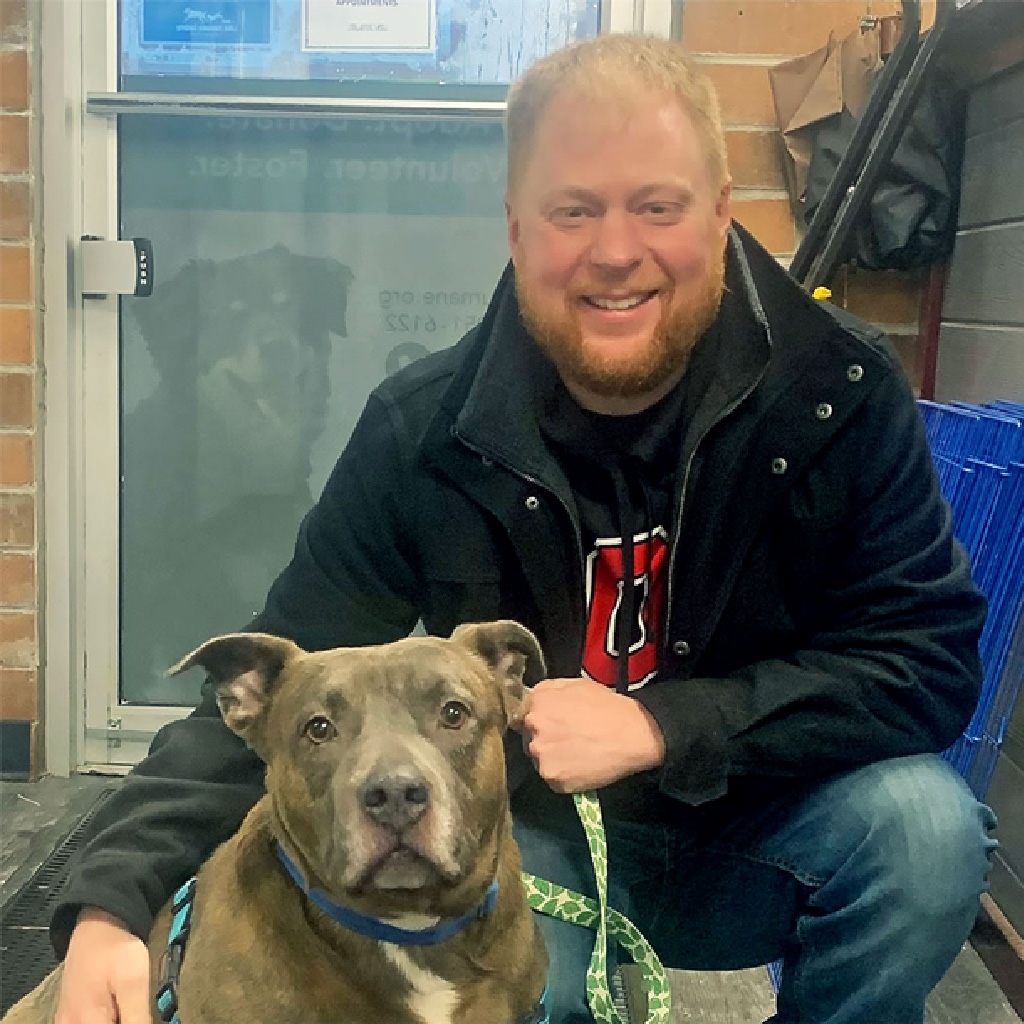