While for most people wildlife is nothing but ferocious and threatening, it frequently offers some incredibly tender sightings. And this pair of bear cubs holding hands is definitely a sight to behold. Fortunately, Lewis Kemper – a wildlife photographer was at the right place at the right time to capture on camera some incredible snaps. 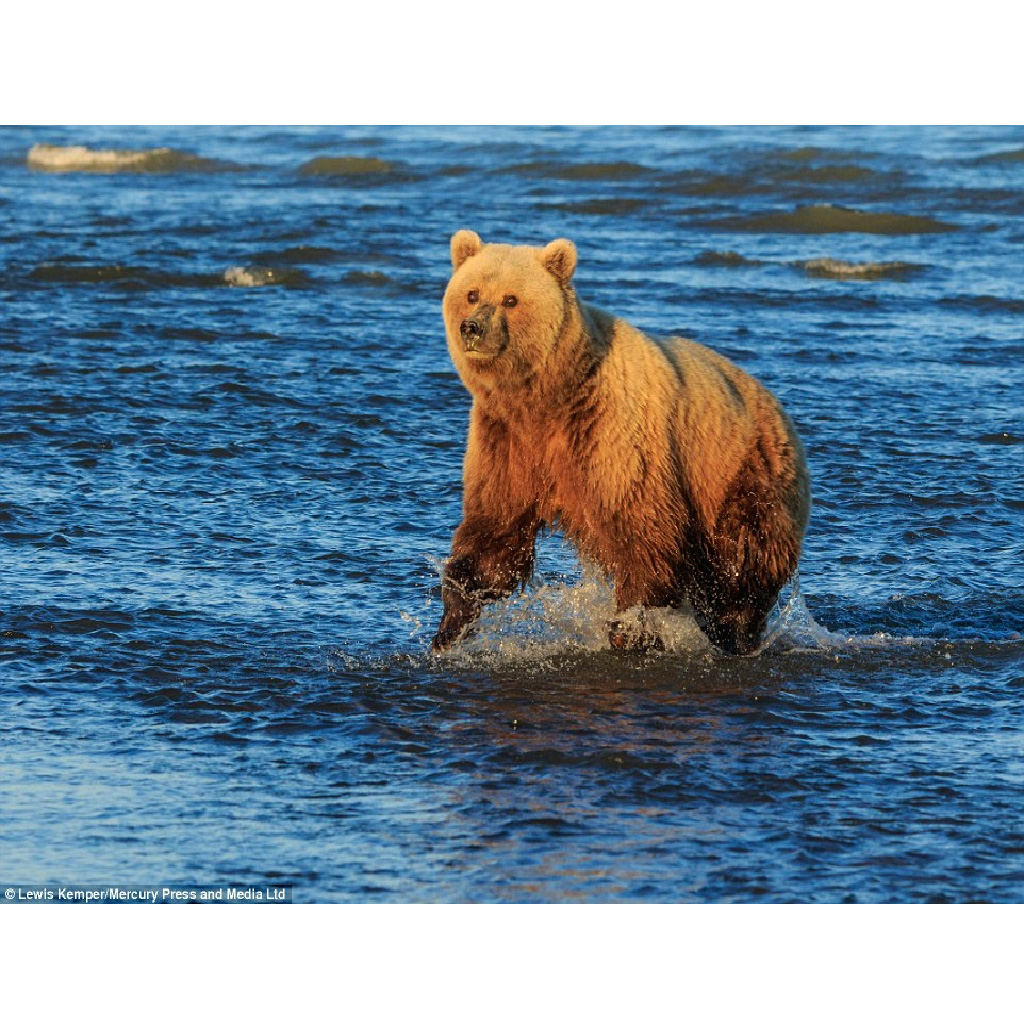 This is the amazing moment a pair of bear cubs hold hands while they wait for their momma to catch them some supper in Alaska. 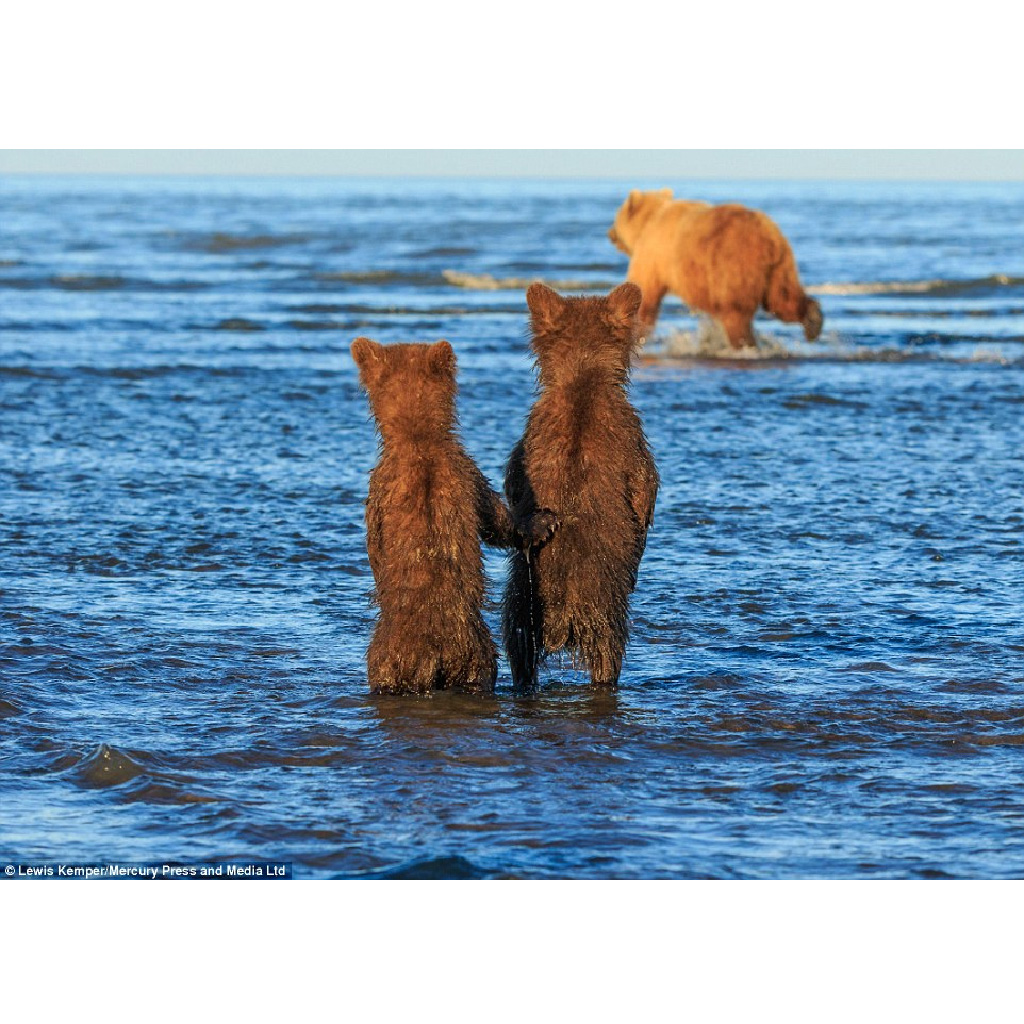 The 62-year-old California-based photographer was in Lake Clark National Park when spotted the adorable scene. 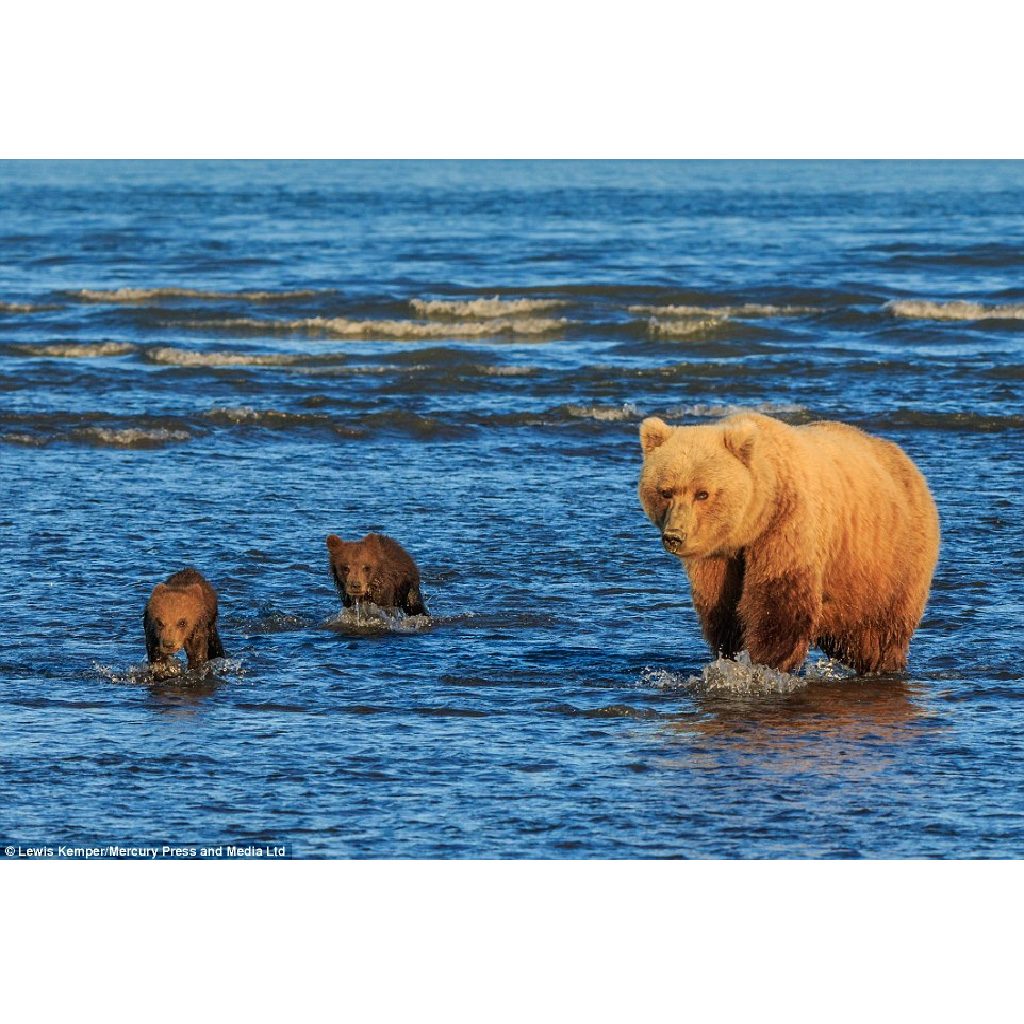 “I was leading a photography tour around Lake Clark in Alaska, earlier this month, when I spotted a female and her two cubs waiting for her to come back with something to eat,” Lewis said. “I was standing about 20 feet away from the two cubs – bears in the area are used to human presence and do not mind us.”

The pair are believed to be siblings, one larger than the other. They wait, watching their mother eagerly who was on the hunt for some salmon. 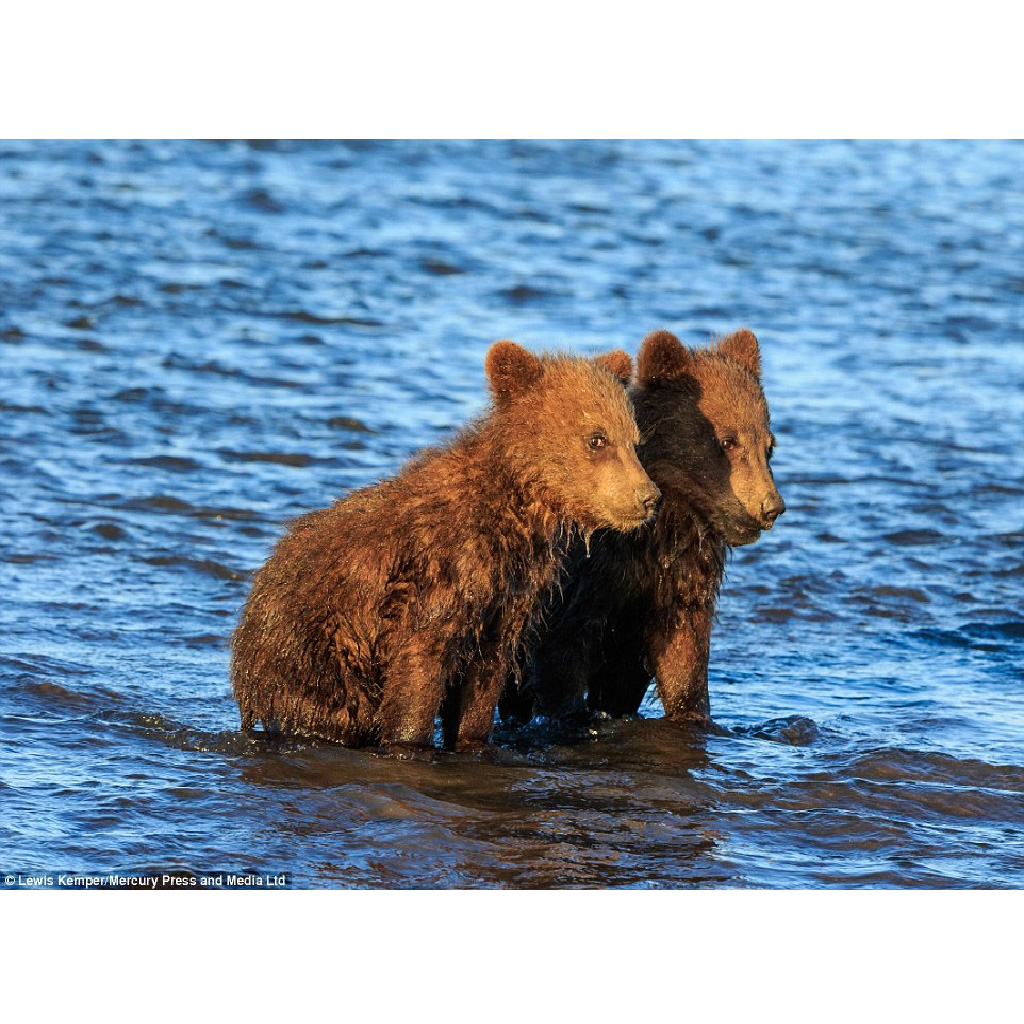 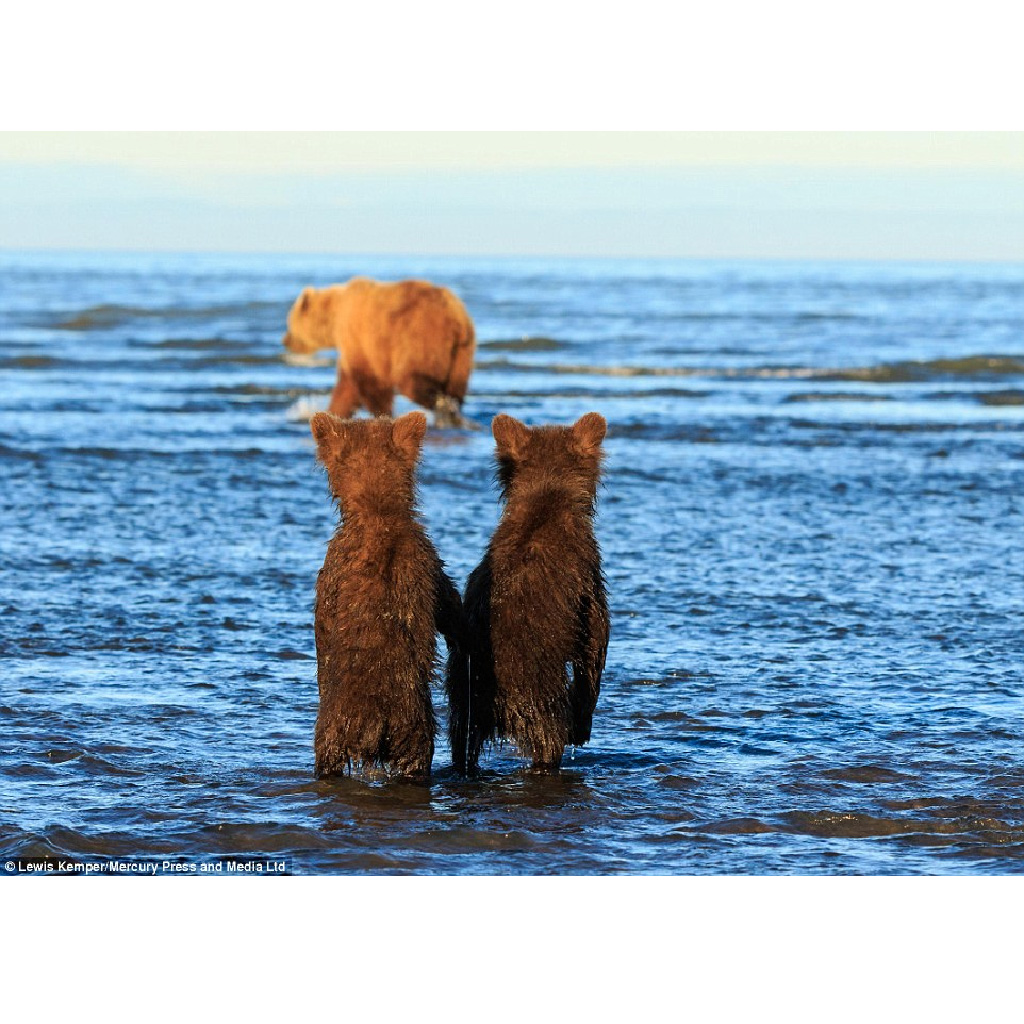 Despite they were impatiently waiting for some fish at dinner, their mom came back empty-handed.

“The two bears held hands for around 20 seconds,” the photographer said. “They hoped their mother would bring them some dinner but unfortunately, she came back fishless.”

Finally, the trio waddled off to find better hunting grounds. 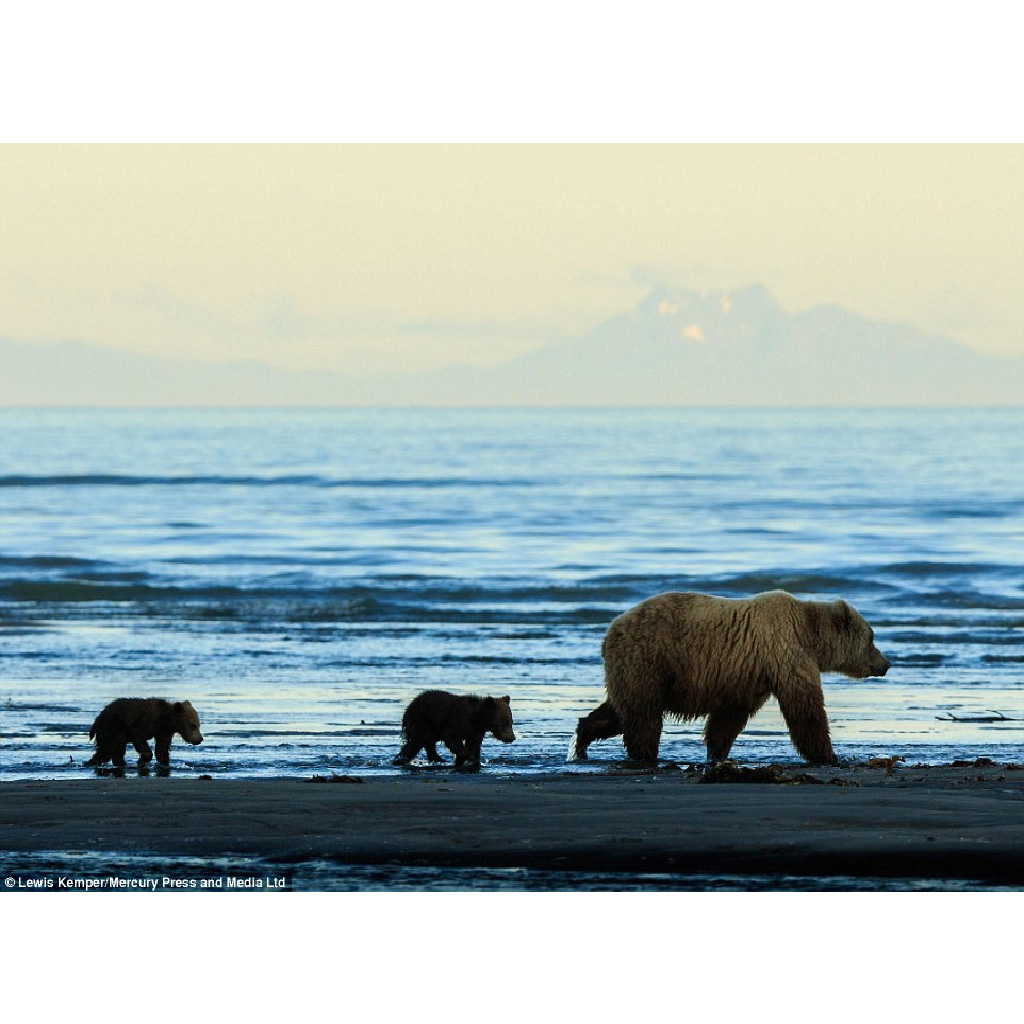 According to wildlife experts, bears have a 10% hunting success rate. Even though most of the bears love to eat fish, their diet is mostly based on plants. “Although bears love their fish, most of them are omnivores and mainly eat plants and of course, a lot of grass,” Lewis added.