Former Marine John Vincent, who fought in Vietnam, is 96 years old, who have touching moment gets final loving lick from pet dog Patch.
The veteran lived alone, did not have a family. All he had was his beloved dog Patch. He almost never parted with it, even when riding a Harley. 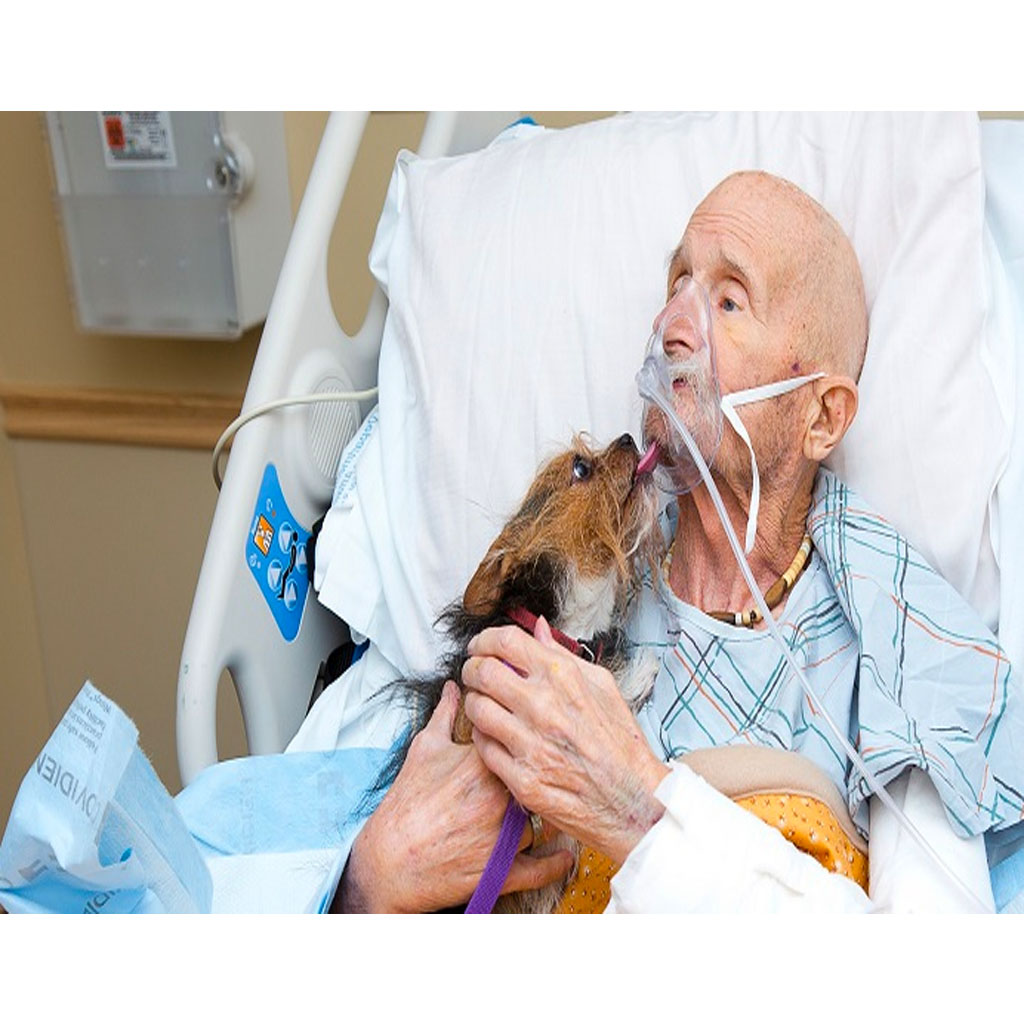 When the old man was brought to the hospice, there was no one to leave the dog with. Patch was temporarily transferred to an animal shelter. Soon, the shelter staff was informed that John had little time.
Vincent, who was born in Montana and raised on a ranch, enlisted in the Marines when he was young and served for three years including in Vietnam. When asked about his time in the military, Vincent said: ‘I always went where the best went.’
The old man made a last request. He wanted to see Patch and hug him one last time. 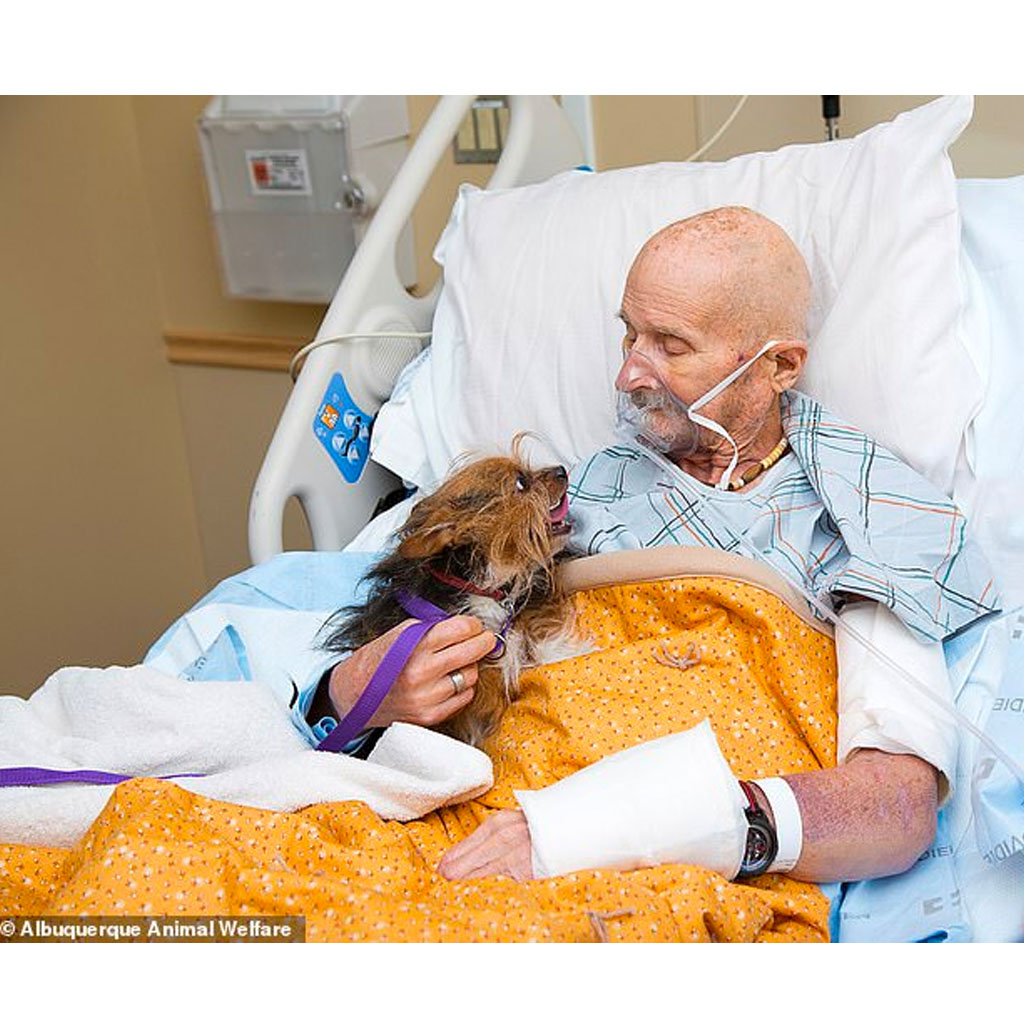 “When we found out about it, we immediately agreed. We decided to do everything in our power to make this meeting happen. We quickly found him, Patch,” said the director of Animal Protection.

Patch’s last meeting with John was very touched.
“Yeah, it’s me, it’s Dad,” John said as Patch licked his face. – Are you glad to see me? I’m very glad to see you. ” 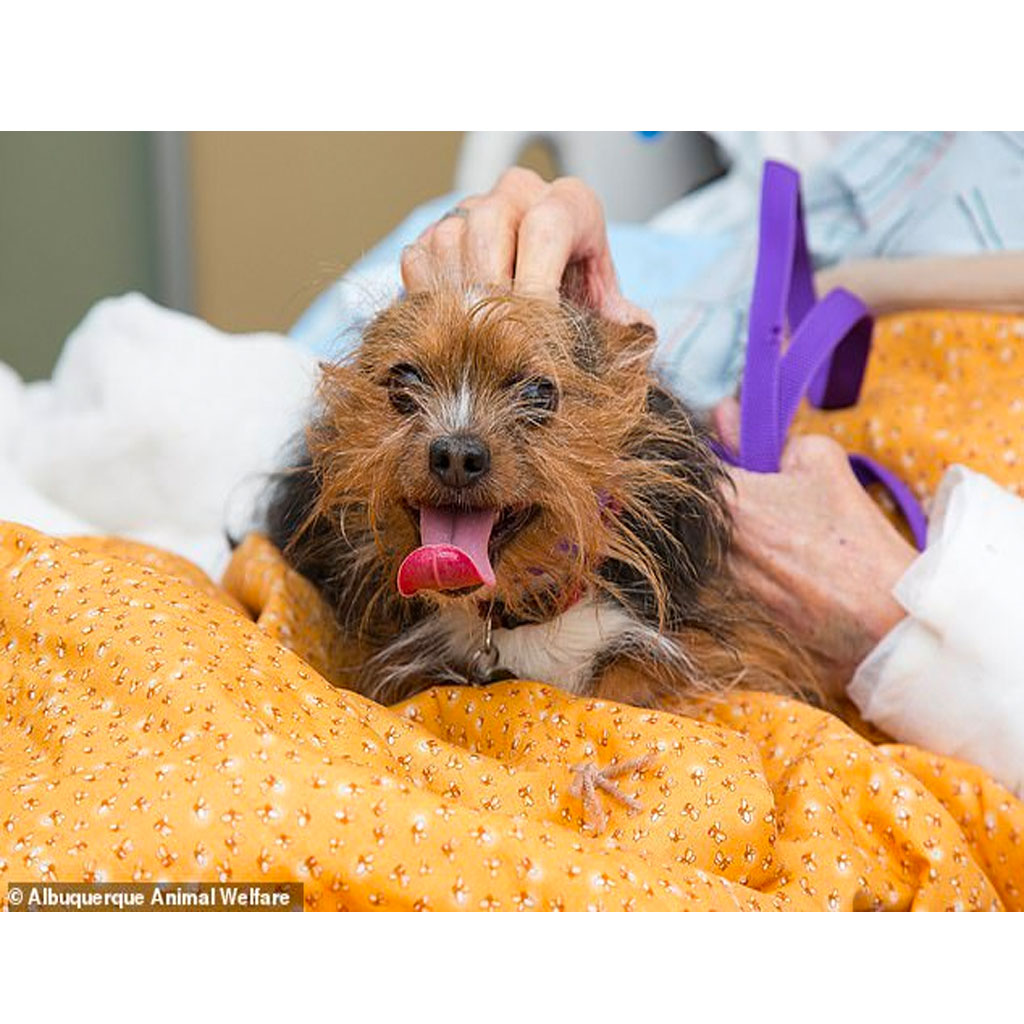 Patch returned to the shelter. But he was not left alone. He has already found a new owner. ‘He was the smallest, and I wanted one that could ride on my bike. The only hair I had was on my chin, which was called a patch. … And he had a little white patch, so we were the patch brothers,’ Vincent said.
The two would ride in Vincent’s Harley motorcycle, with little Patch wearing his own pair of tiny googles. After Vincent retired in New Mexico, the pair would take walks every night. 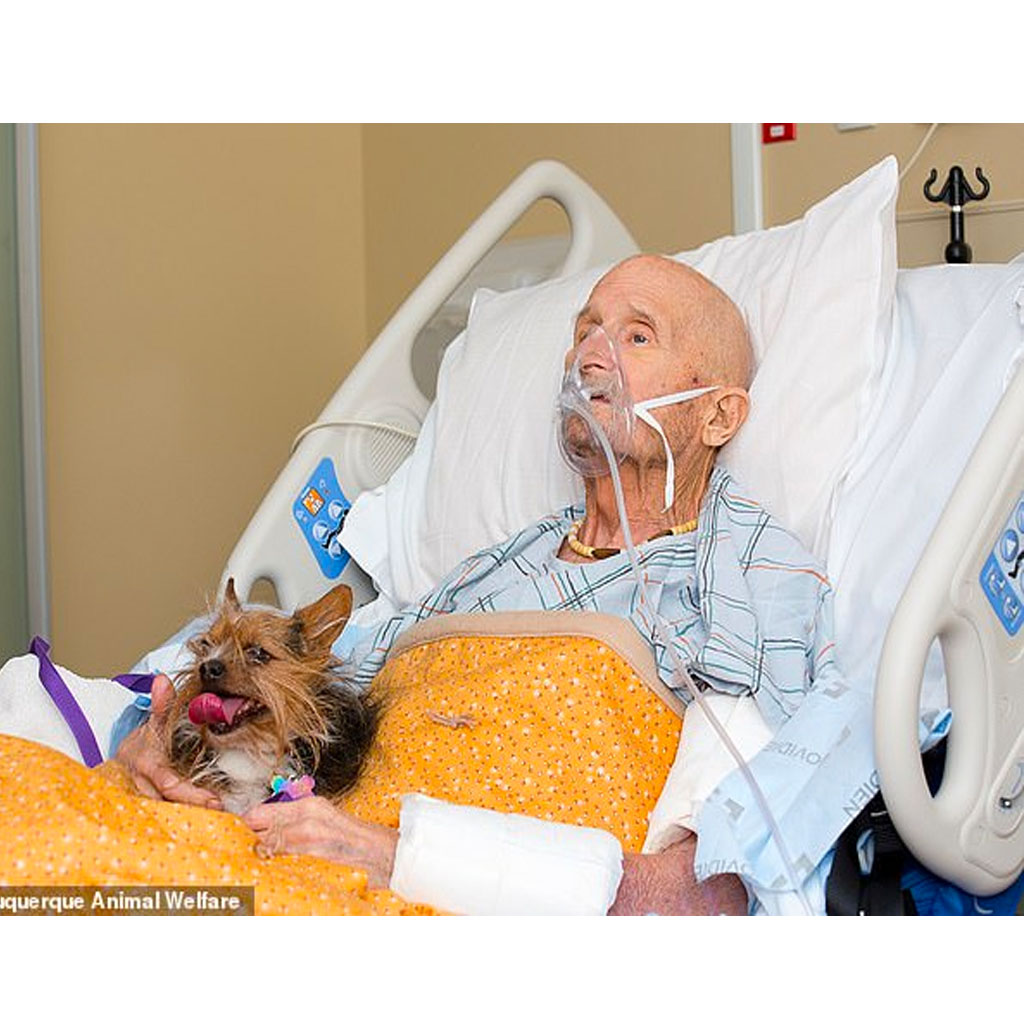 The animal care service posted photos on Facebook from John and Patch’s last meeting. It was a touching farewell. “It was such a heartfelt moment! They were so happy to see each other to say goodbye. It was an honor for me to fulfill the last wish of a veteran,” Danny said.
The shelter followed up saying that Patch found a new owner and will be joining his new home soon.