When a relationship is genuine, no obstacle can stand in the way, regardless of size, age, species, or whether one of the two friends has wings. Both acute Chihuahua dog and a handicapped dove have formed the strongest of friendships. 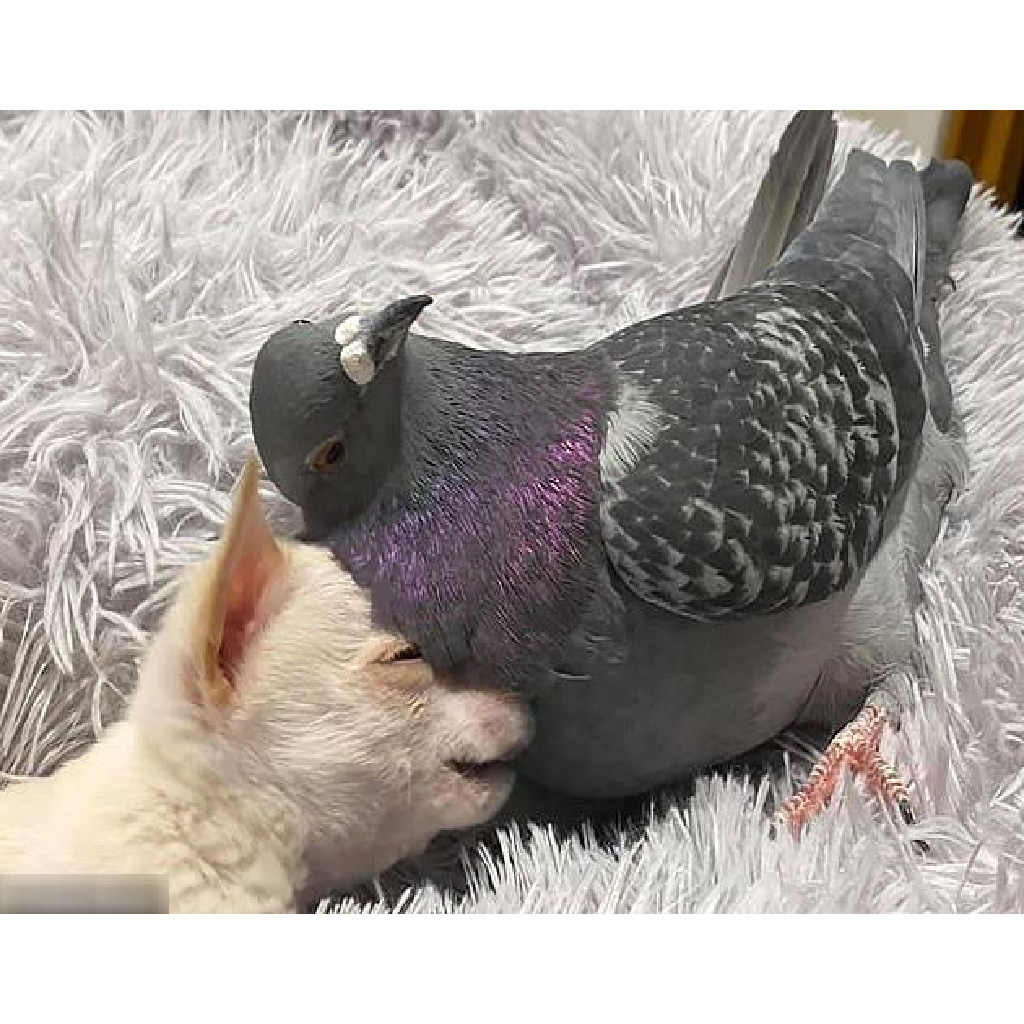 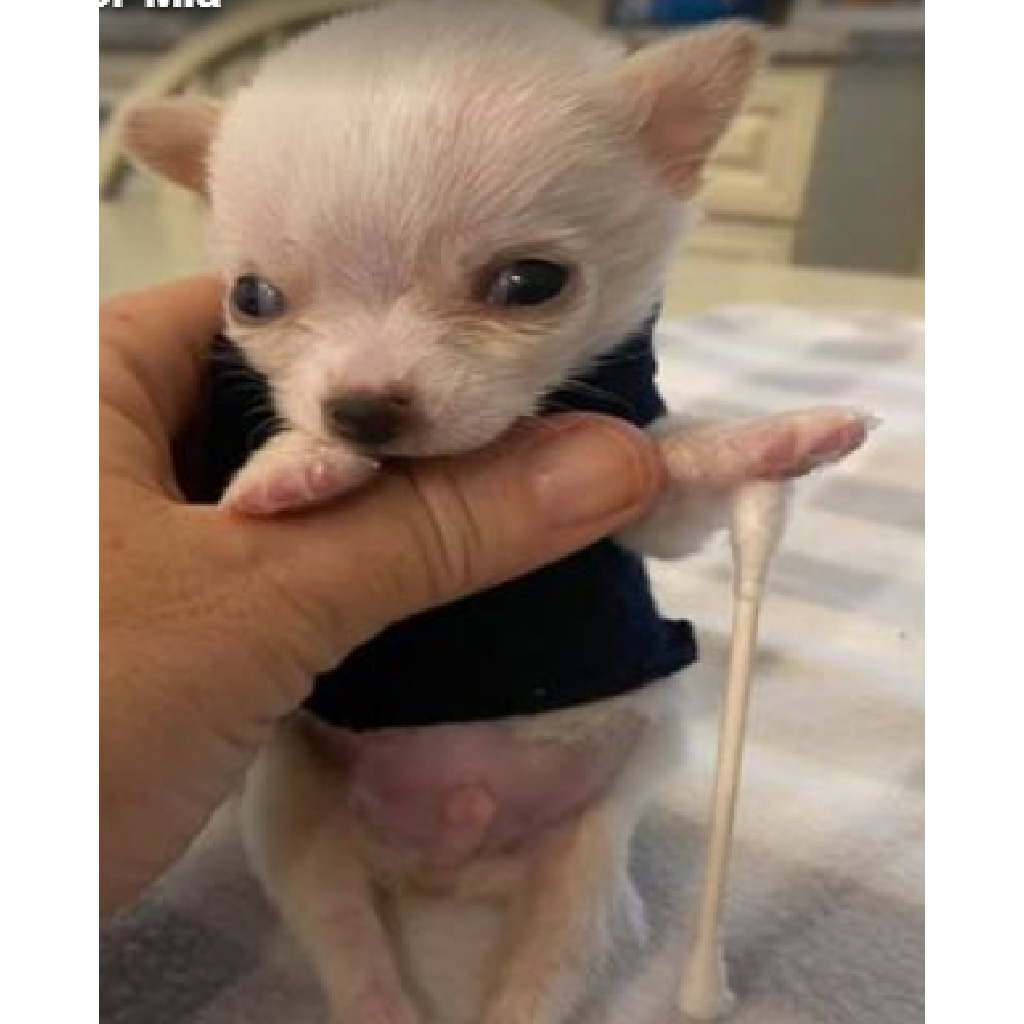 Herman is a naughty pigeon that can’t fly. The two creatures first met a month ago at the MIA Foundation, a New York-based animal rescue organization. The pigeon was the first to come to the refuge, after being discovered on the ground outside a car dealership a few years ago. This adorable bird is unable to fly due to wing damage.

Herman and Lundy, a pigeon that can’t fly and a chihuahua puppy that can’t walk, have formed a fast friendship by becoming snuggle buddies at a rescue center. Sue Rogers said explained that they first met when she ” set Herman on a dog bed and started caring for Lundy, and I decided to carefully put Lundy in the same dog bed next to him. They started interacting immediately in a very cute way.” The two have been inseparable ever since and love to spend time snuggled up on their favorite fluffy blanket. 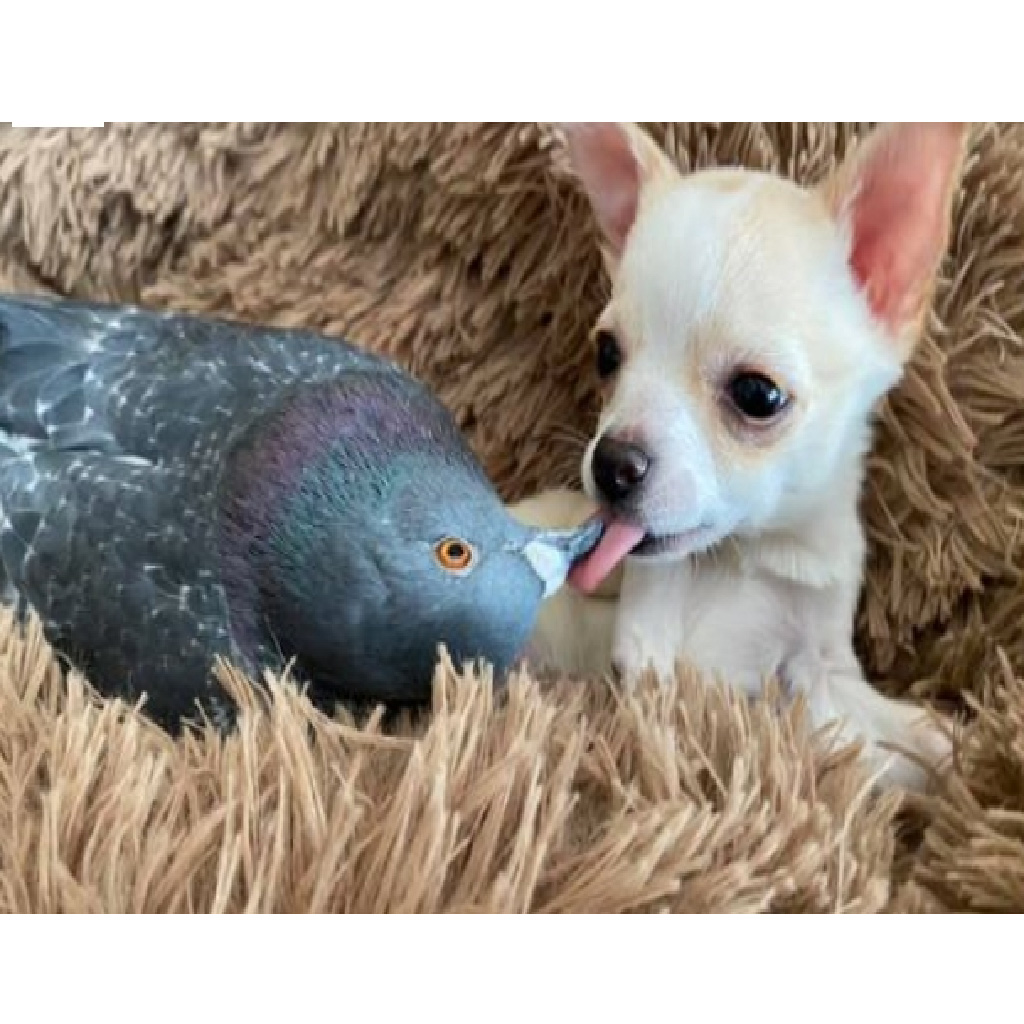 It seems that Lundy will have to skip all the usual puppy activities for a little while longer and stick to his favorite current hobby of hanging out with Herman for a while. “Lundy weighs only one pound now, so we will have to wait for the chair.” 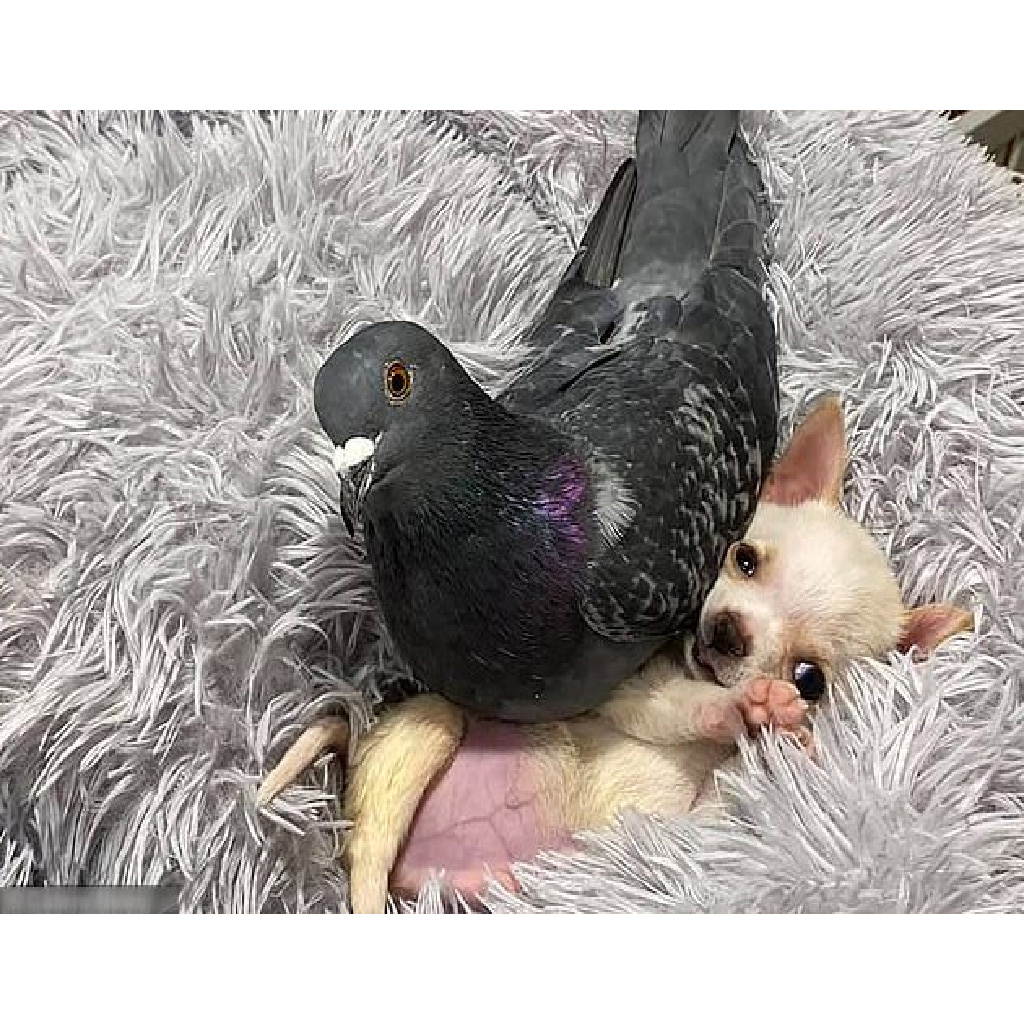 People from all over the world loved their newfound friendship, with the post going viral instantly – with tens and thousands of likes, shares, and comments. ‘Just from a simple picture of a pigeon and a puppy being shared, we’ve already brought in over $6,000 in donations,’ Sue explained. That money is enough to cover the high-end cost of a veterinary surgery that many of her rescue animals require – and for a non-profit that runs solely on donations and volunteers, it’s a pretty incredible feat.