When you are photographing animals, you never know for sure what pictures you’re gonna get. But that’s part of the charm.

Combining her love for dogs and everything vintage, photographer Lynn Terry has invited a colorful pack to pose in her custom-made photo booth. 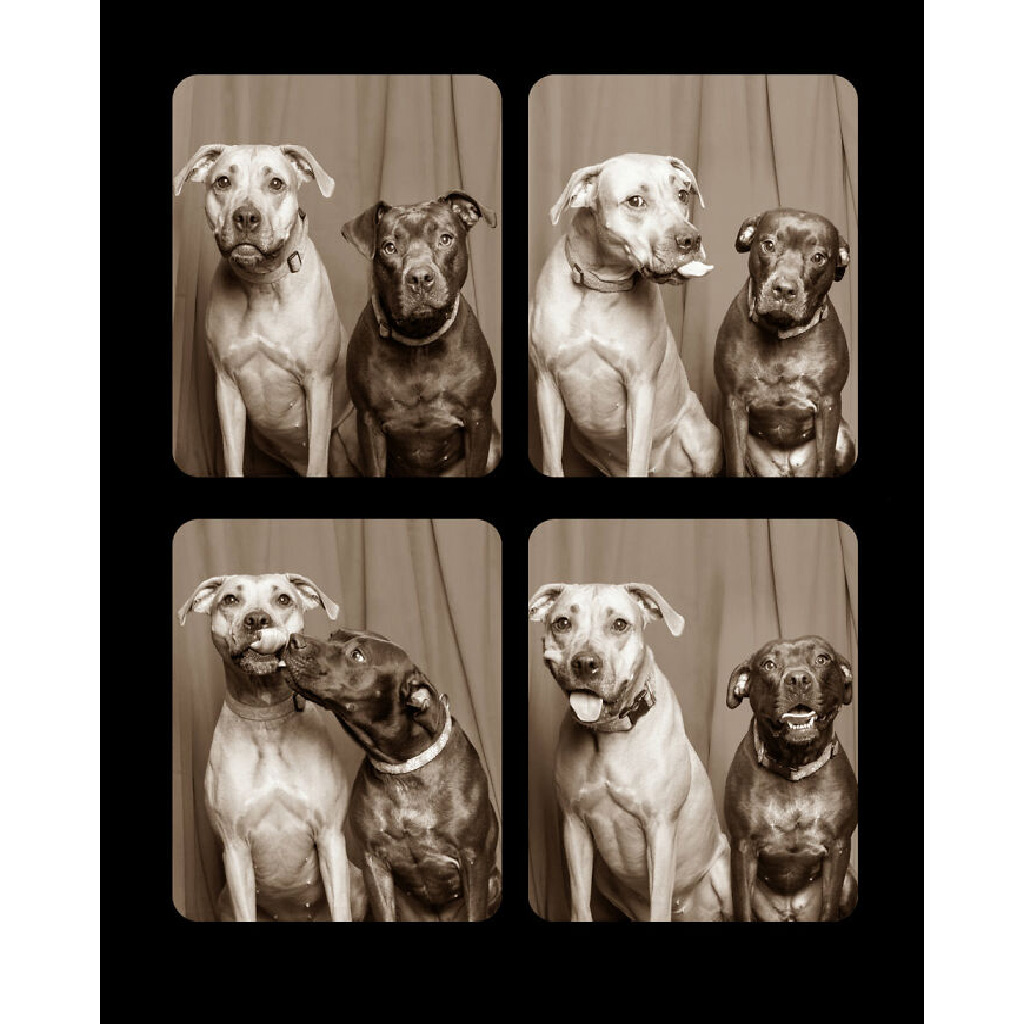 Put two dogs in a photo booth and magic happens. At least it does for Lynn Terry, a Missouri-based photographer whose images of dogs posing in a photo booth went viral this week after being posted on Bored Panda. Her vintage-looking photographs feature dogs whose charismatic expressions are capturing viewers’ hearts. Terry’s photo booth series started a few years ago when she photographed two rescues 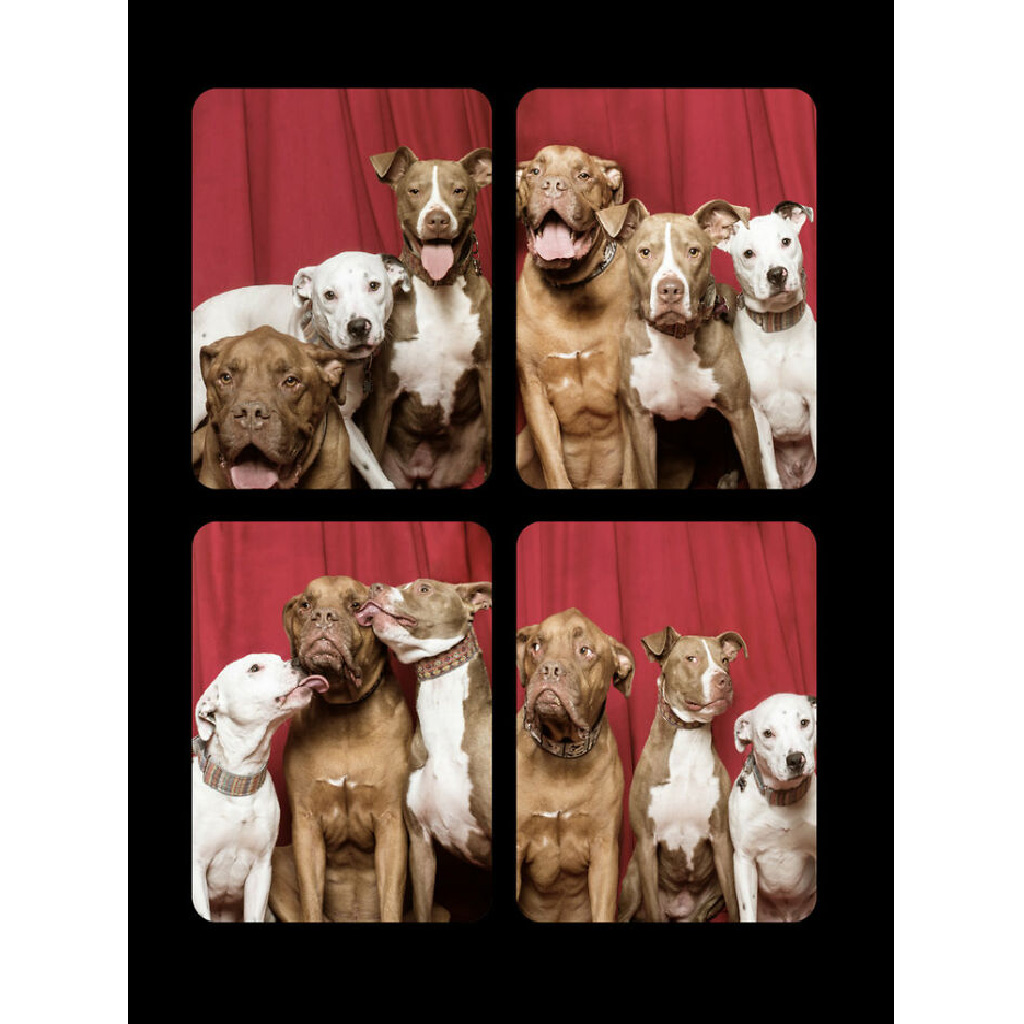 “I had these old curtains that looked like old photo booth curtains [so] I tested the idea out while working on a calendar for the local rescue featuring their pit bulls,” Terry told. “I wasn’t sure it would work sort of boxing them in. So my first plan was to take the photos and apply a vintage look with some antique frames that I had.” 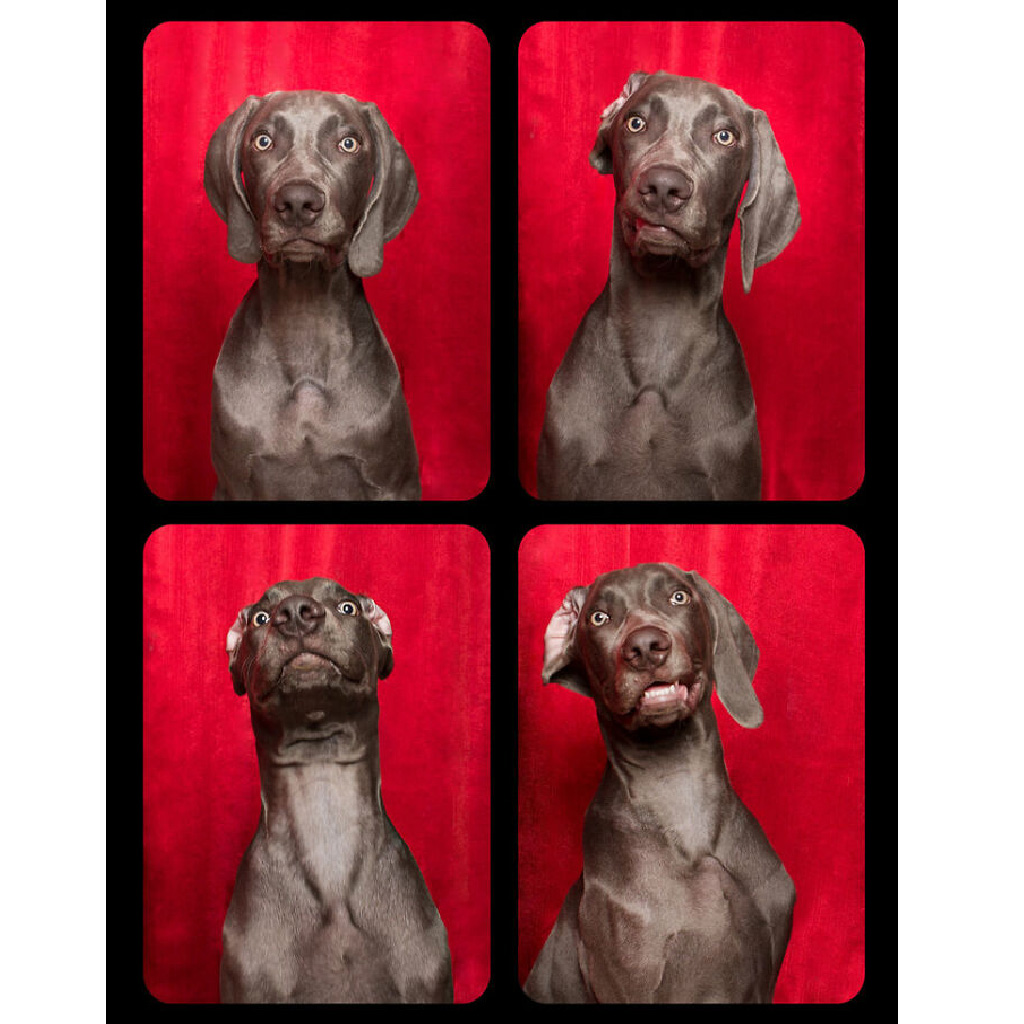 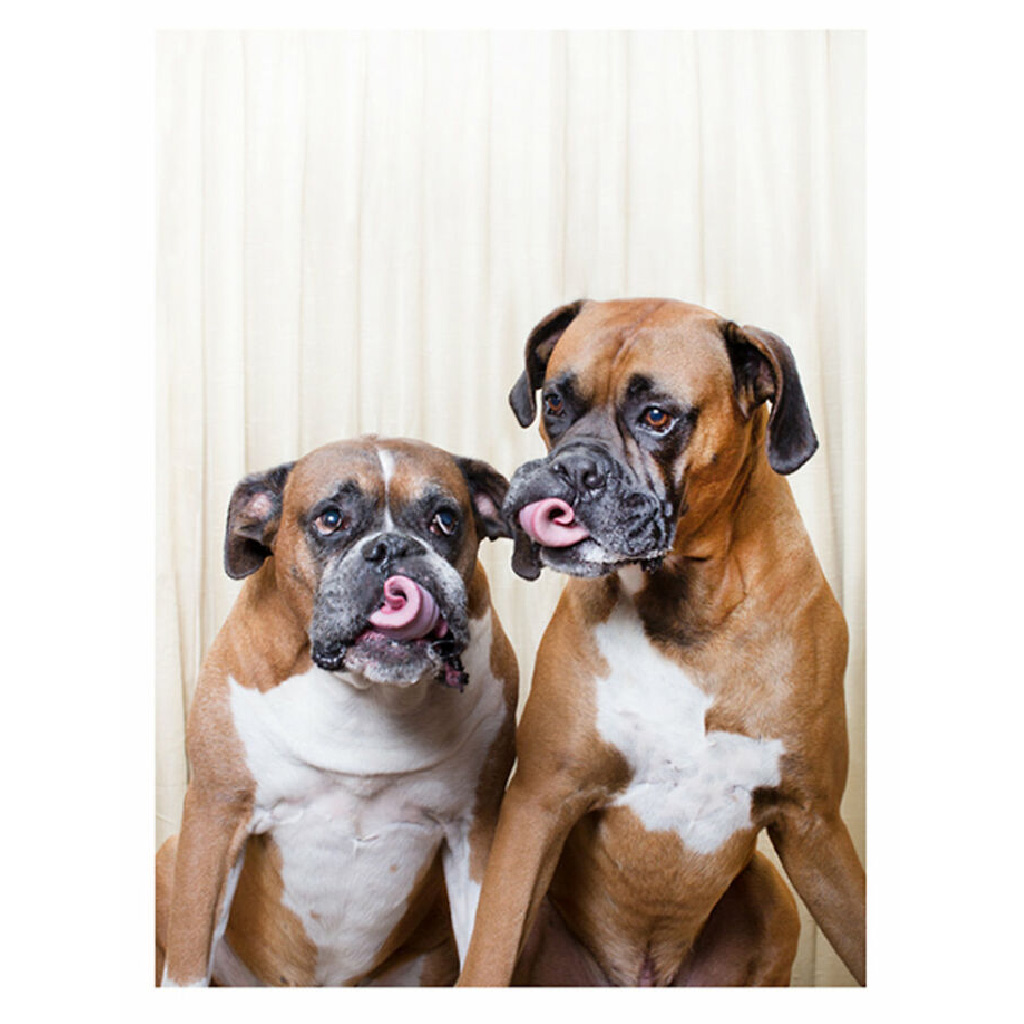 “I had these old photo booth photos from random places,” Terry told. “I thought it would be a fun idea to do that with some dogs.” 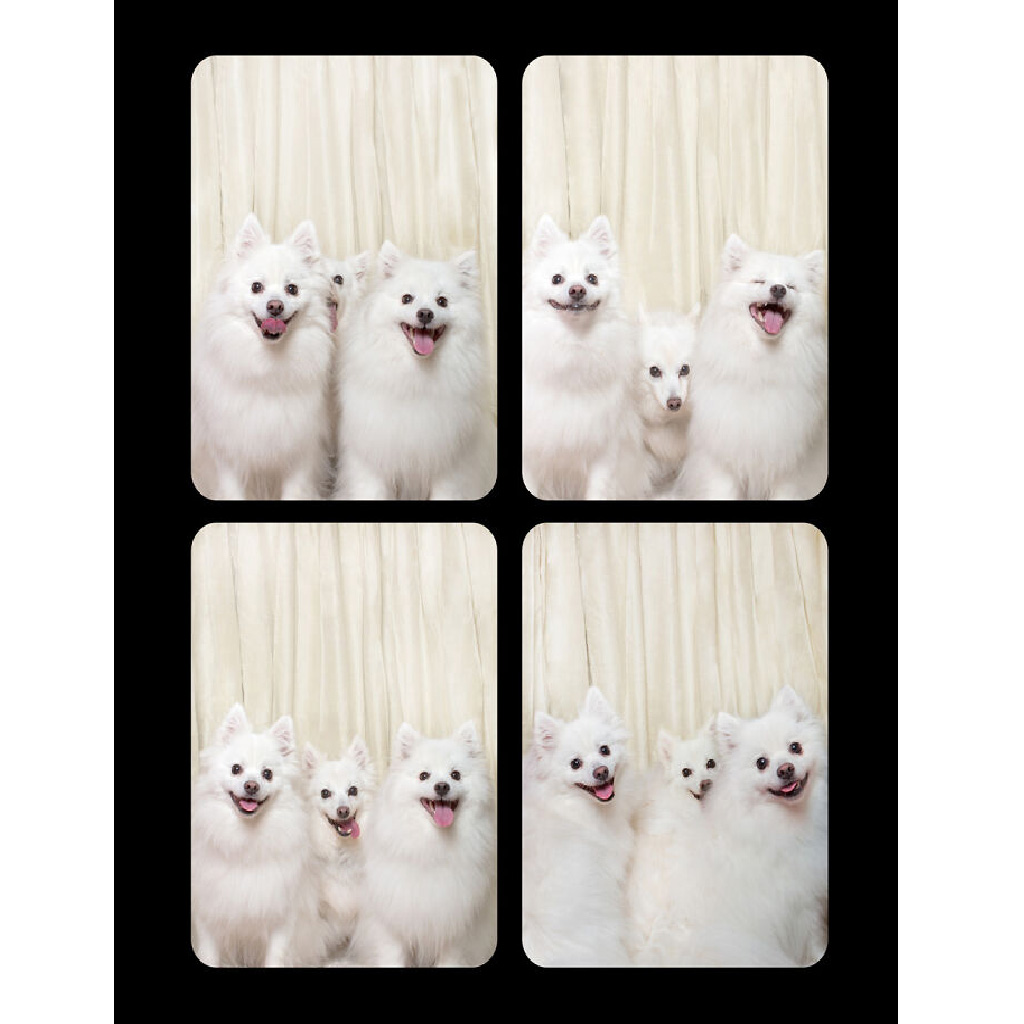 She created a photo booth set in her photography studio using boxes and curtains, and as soon as the dogs were placed in front of the camera, they started licking each other.

” The first two pups who modeled for her were living together and were comfortable being in each other’s “dog space.” “They came together, locked lips and I knew I made gold,” Terry said.

During the shoot, they spontaneously started kissing and it immediately rolled out into a sequence where Terry could see their little thought bubbles: “First let’s look at the camera and smile, then let’s look at each other, ok, now quick, make out!” 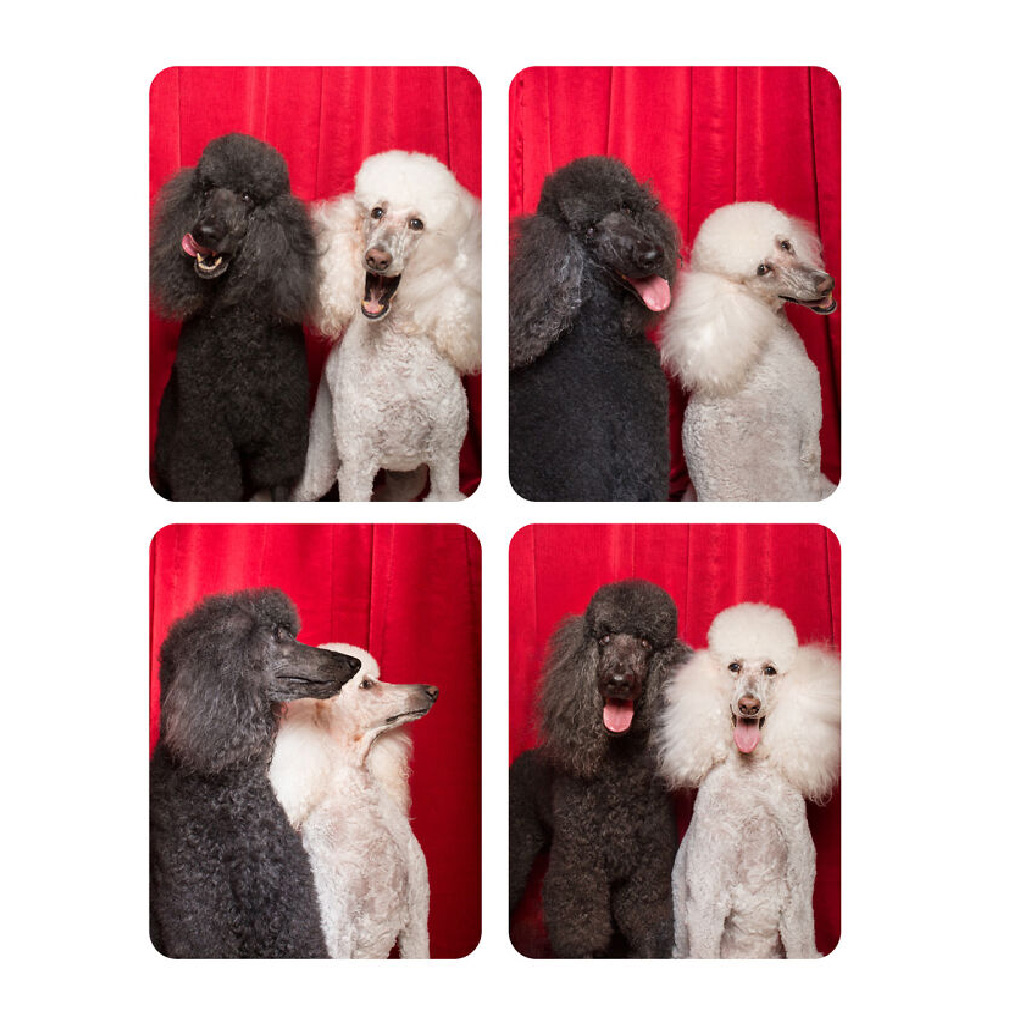 A typical photo session of one group would take about an hour or so. It’s not the easiest task to get animals to stay in place and pose for the camera. To get the perfect shots, Terry has a few tricks up her sleeve, along with some peanut butter. She will often put a little bit of peanut butter on a dog’s mouth to get shots of tongues sticking out. 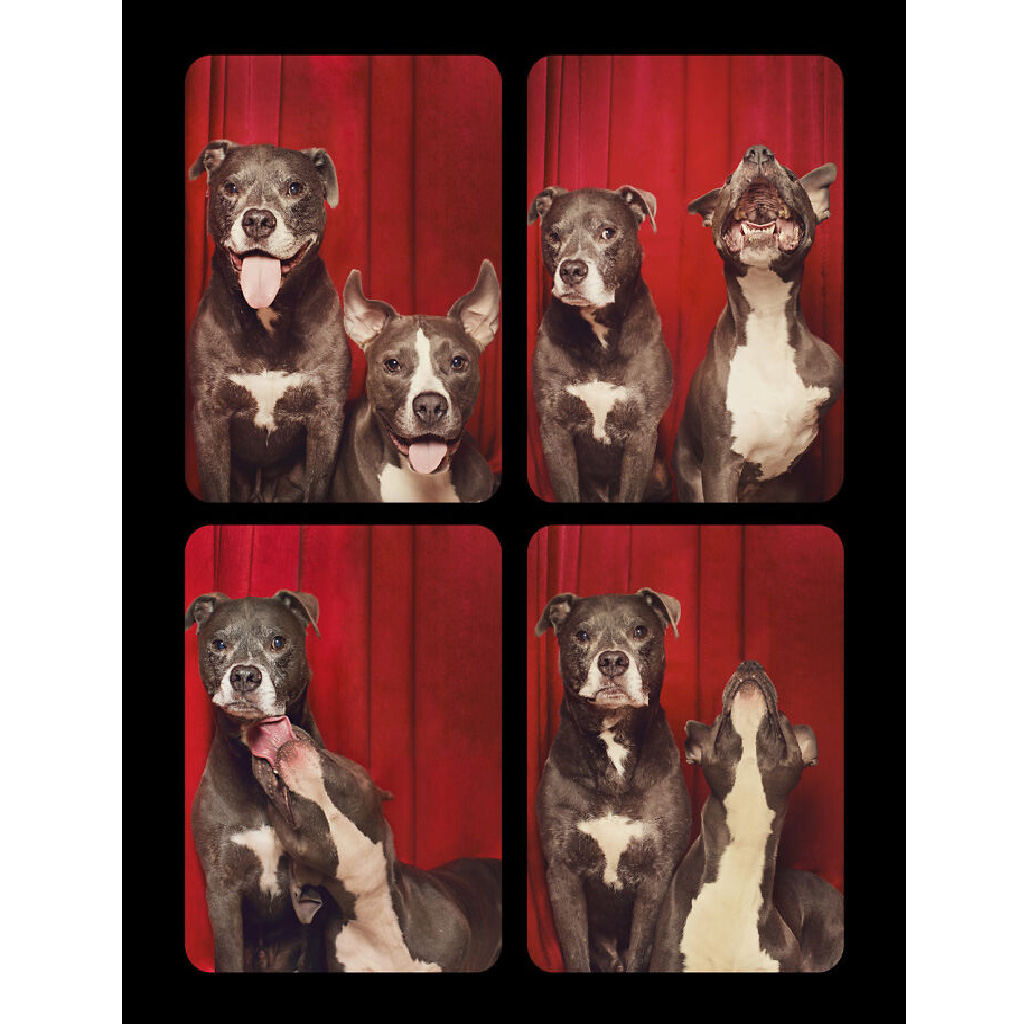 If they were like “OK, this is cool,” she might’ve started taking photos right away. But if the dogs were confused, they got more treats and were able to sniff around and calm themselves down. Then, Terry would try again. 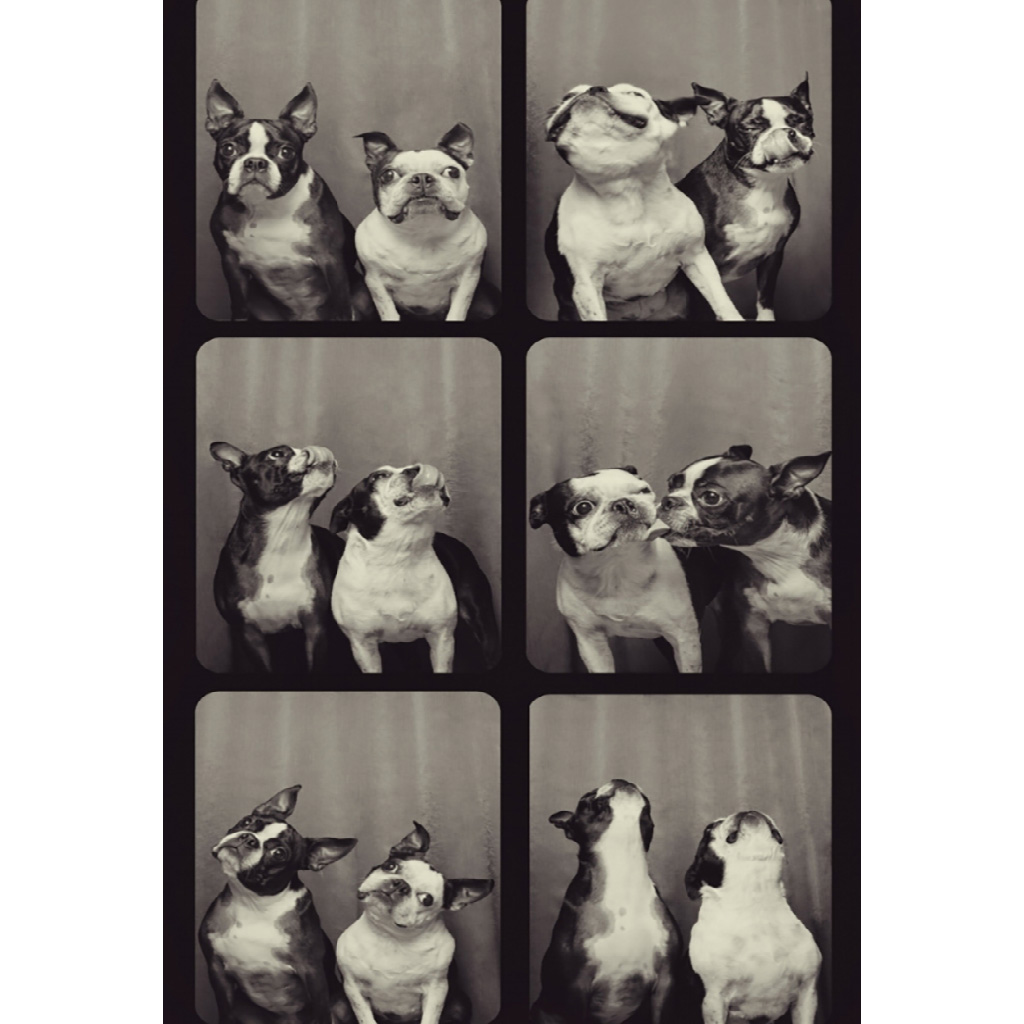 “I also make really dumb noises and jump around like crazy to try and make them as confused as possible,” she said. “I don’t try and rush it.”